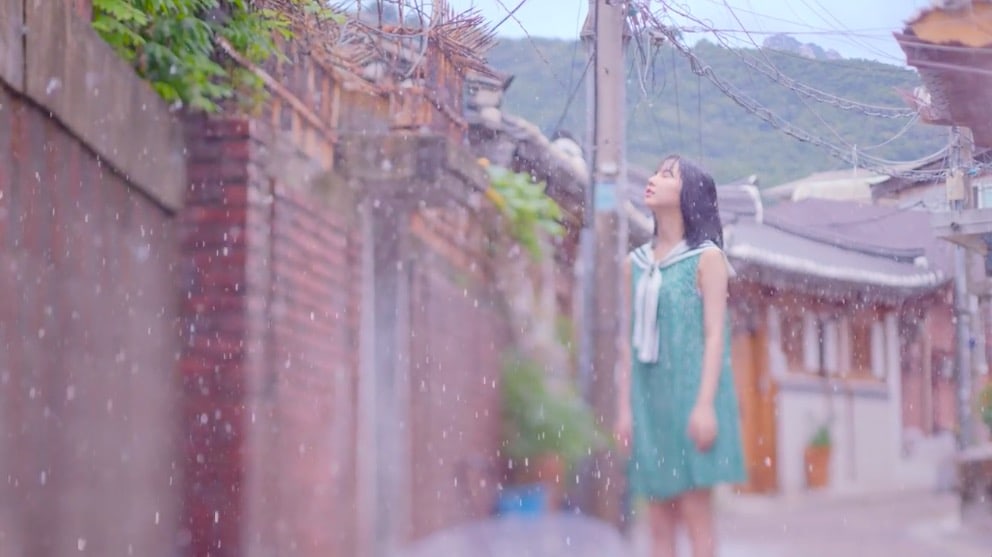 GFRIEND has shared a story from behind the scenes of their new music video.

While the group members did plenty of filming with umbrellas in their new video for “Summer Rain,” there’s a scene in which Eunha is standing in the rain and getting soaking wet, after having dropped her umbrella earlier on. It turns out that this kind of scene was originally not just planned for her!

GFRIEND talked about this while chatting about their music video during a comeback show on Naver’s V Live on September 13, which celebrated the release of their mini album repackage “Rainbow.”

Yerin added, “I was the next one up to film. I was originally supposed to be rained on too, but they said it was okay if I didn’t get wet, so I was excited to get to use an umbrella.”

While talking about their music video filming, Umji also mentioned that she was sad that she developed a sty on her right eye during the shoot. 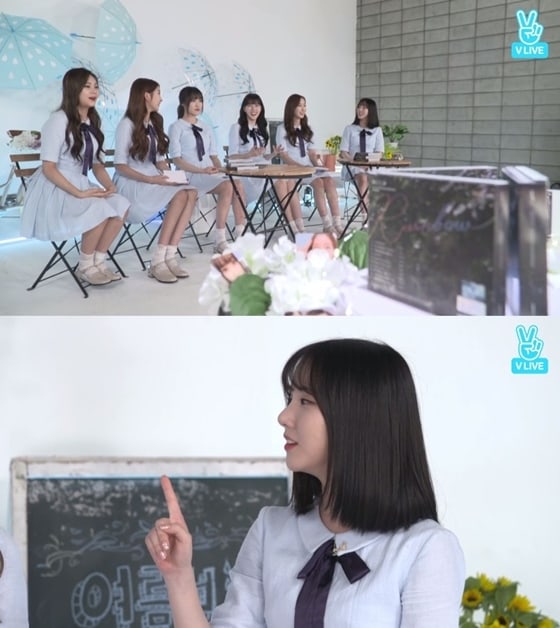