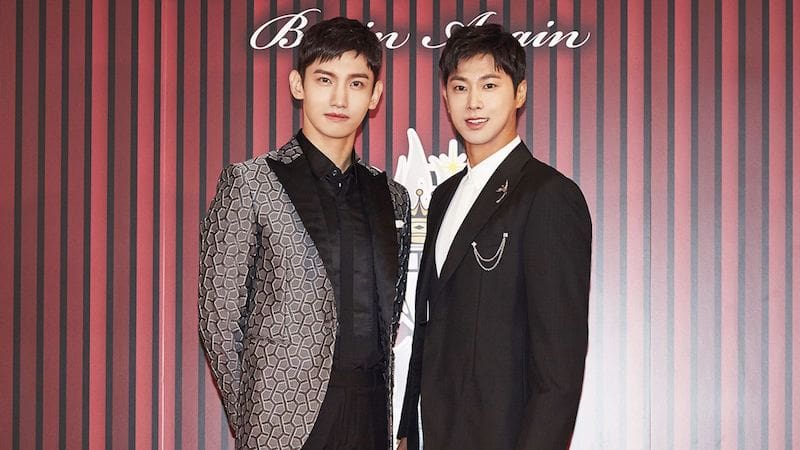 TVXQ will be appearing on a variety show together!

On September 14, a source from “Happy Together” revealed, “TVXQ will be participating in the recording on September 16.” The group will be appearing with veteran singer Lee Seung Chul, and the episode is scheduled to air in early October.

This will be the group’s first variety show appearance after Yunho’s discharge on April 20 and Changmin’s on August 18. Their last group variety appearance was “Beatles Code” in 2014.

Meanwhile, TVXQ kicked off group activities with a press tour in August. They will soon drop solo tracks for SM STATION, greet Korean fans through “TVXQ! Special Comeback Live – YouR PresenT,” and also embark on a Japanese dome tour.