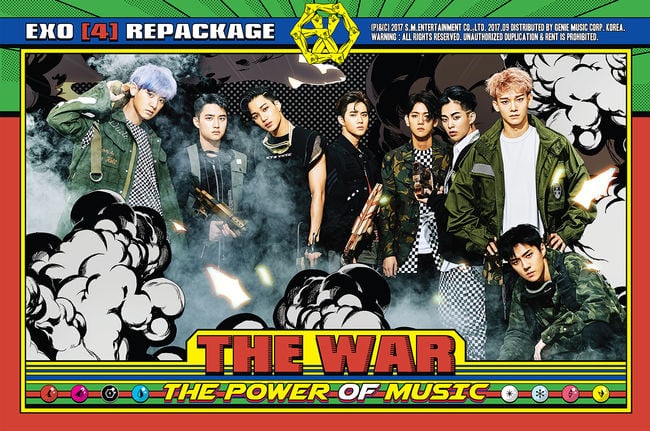 EXO Continues To Soar As “THE WAR: The Power Of Music” Tops Gaon’s Combined Album Chart

“Quadruple million sellers” EXO is continuing to impress with the repackaged version of their fourth album.

The two versions of “THE WAR: The Power of Music,” which were released on September 5, have taken the top two rankings on Gaon’s combined album sales charts for the 36th week of 2017 (September 3 to 9). The repackaged album was also previously reported to have topped other music charts including Hanteo Chart, Synnara Records, Yes24, HOTTRACKS, and more.

It isn’t just the domestic album sales charts that EXO is excelling in. The group also topped the iTunes albums chart in 38 countries, as well as Xiami Music’s K-pop charts, proving once again how much they are loved around the world. Additionally, EXO scored their first music show win for “Power” on “Show Champion” on September 13.

Congratulations to EXO on the great achievements!