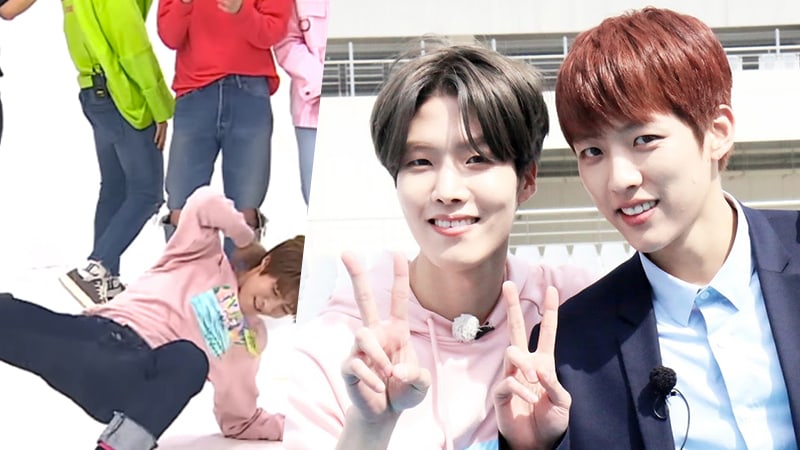 During the latest episode of “Weekly Idol” that featured Golden Child and Weki Meki, MCs Jung Hyung Don and Defconn noticed a familiar face among the members of Golden Child.

The MCs pointed out that Daeyeol intensely reminded them of INFINITE’s Sungyeol. They were then told by the production staff that one of the members of Golden Child is actually the younger sibling of an INFINITE member.

“Oh, then it’s probably him,” Jung Hyung Don remarked. Daeyeol then confirmed that he’s indeed the younger brother of Sungyeol, to which the MCs reacted with shock. They were especially amazed by the way Daeyeol’s standing posture was exactly the same as Sungyeol’s.

Jung Hyung Don then asked him to recreate Sungyeol’s famous sexy dance that had been shown on “Weekly Idol” in the past. Daeyeol eventually complied with the request and shyly tried his hand at the dance.