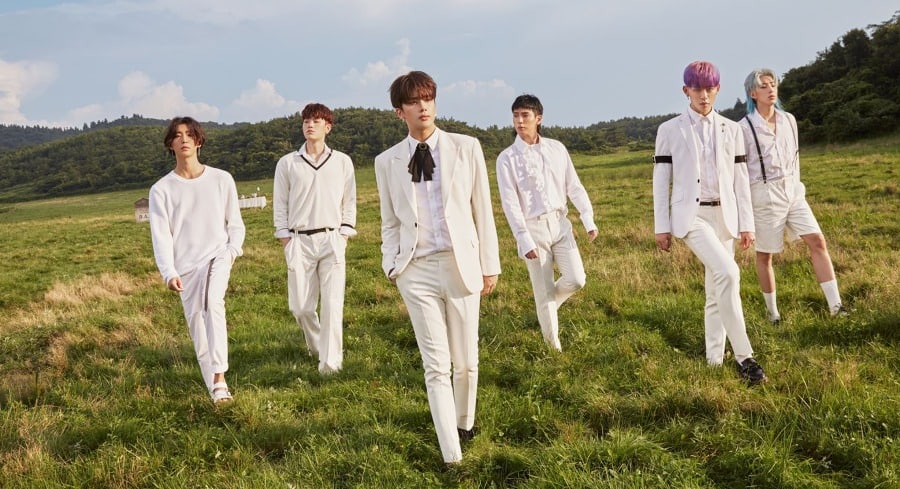 B.A.P Thanks Fans As Hashtag Tops Trending Topics In Korea

A hashtag about B.A.P is currently trending at No. 1 in Korea!

B.A.P recently made a comeback with their new single album “Blue” featuring the title track “Honeymoon.” On the evening of September 14, fans began using the hashtag “Honeymoon with B.A.P” in Korean (비에이피와_허니문) to show their support as they streamed their new song. In addition, the guys also appeared on a broadcast that evening.

The hashtag is currently at No. 1 on Twitter’s trending topics in Korea, and B.A.P has posted about their fans’ event and thanked them!

Himchan posted a screenshot of the hashtag in the list of trending topics with the message “Whoa” and a thumbs up emoji, including the hashtag in his tweet.

He then wrote on Twitter with a screenshot of himself streaming their new track on Melon, “Since the Baby Pros are doing it, here’s my proof of streaming too.”

“This is in realtime, I pressed ‘like’!” he then posted, with a new screenshot.

Youngjae also retweeted Himchan’s first tweet with the hashtag and the message, “I’m joining in too!” He then excitedly tweeted about the “attack.”

Daehyun wrote on Twitter, “I had a really great time today. Thank you Baby, and I love you,” and added the trending hashtag.

Zelo also tweeted with a heart emoji and the message, “You guys are the best,” including the hashtag as well.

B.A.P is currently performing “Honeymoon” on music shows, with their most recent performance on “M!Countdown” on September 14.