During a recent episode of “Happy Together,” g.o.d’s Son Ho Young made an appearance and talked about his labelmate and junior Wanna One’s Daniel.

The hosts of the show brought up how some people say Son Ho Young when he was younger and Kang Daniel resemble each other. The g.o.d member panicked and joked, “I’m going to be cursed at.” Host Kim Yong Man asserted that Son Ho Young’s popularity in the past had been just as great as Kang Daniel’s now. 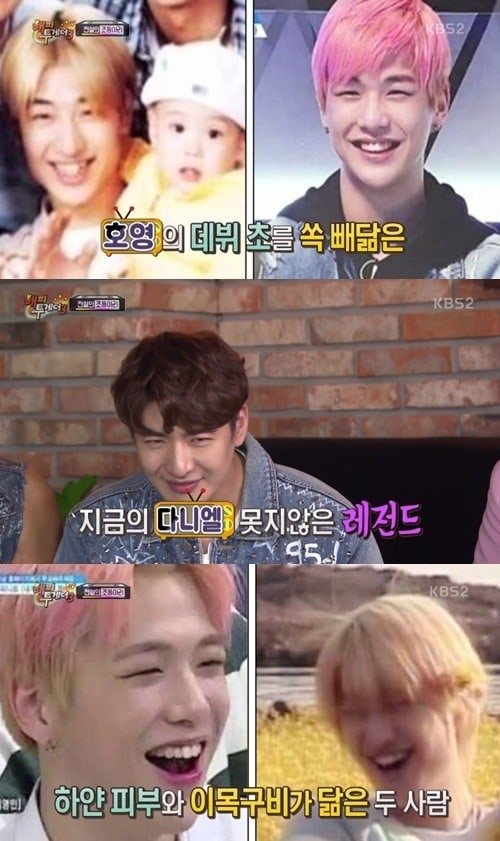 Son Ho Young revealed that he and Kang Daniel are in the same entertainment agency. Son Ho Young confessed he contacted Kang Daniel first, and not the other way around like the hosts believed. “When I saw him [performing with] Wanna One, I was amazed and wanted to get closer to him,” he explained.

Do you think they look alike? Check out the full episode below!

Wanna One
Happy Together
Son Ho Young
g.o.d
Kang Daniel
How does this article make you feel?