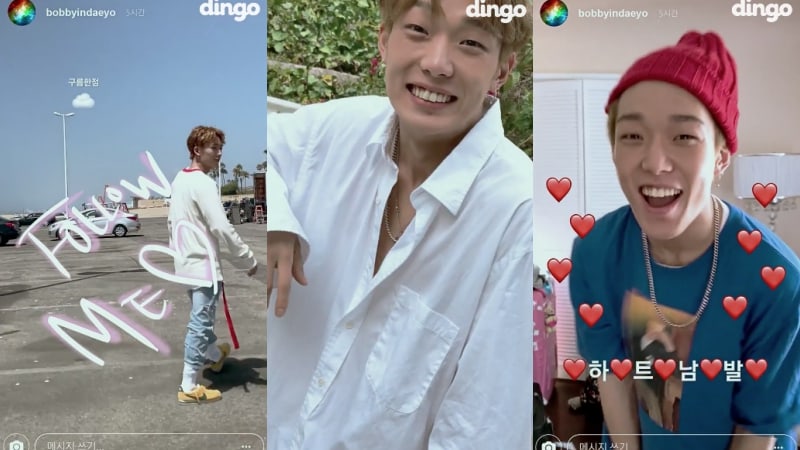 Bobby has also shared videos for his tracks “Swim” and “Tendae,” and a sampler video!

Not even a full 24 hours since he released his new solo album, iKON’s Bobby has released another surprise, special music video on September 15 KST!

The music video is for b-side track “Firework,” which was composed by Bobby and features lyrics written by Bobby as well. The video itself makes it feel like you’re looking at an Instagram feed, complete with stories as well as “live” videos.

Bobby recently dropped his first solo album “Love and Fall,” which features title tracks “Runaway” and “I Love You.”