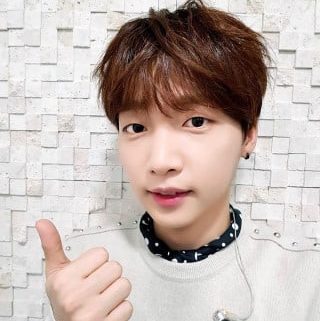 On September 14, Jeong Sewoon was named along with EXO as No. 1 candidates for Mnet’s “M!Countdown.” Although EXO won first place, it is noteworthy to mention that he was able to become a first place candidate on a music show with his debut track.

On September 15, through his agency Starship Entertainment, Jeong Sewoon sent a message of thanks to his fans, stating, “It’s unreal that I even debuted, but when I heard I was a first place candidate for ‘M!Countdown’ I really couldn’t believe it. I’m thankful and honored that I even was included as a first place candidate. I want to thank the staff and fans who made this possible. I’ll continue making music without dwelling on rankings.” He also thanked all everyone who listened to his music and praised it, saying that it was only due to them that he was able to achieve such good results. He promised, “I’ll work harder in the future to make good music in the future.”

Previously, Jeong Sewoon was a former contestant on “Produce 101 Season 2” and placed 12th, barely missing the cutoff for Wanna One, and debuted with his successful single, “Just U.”