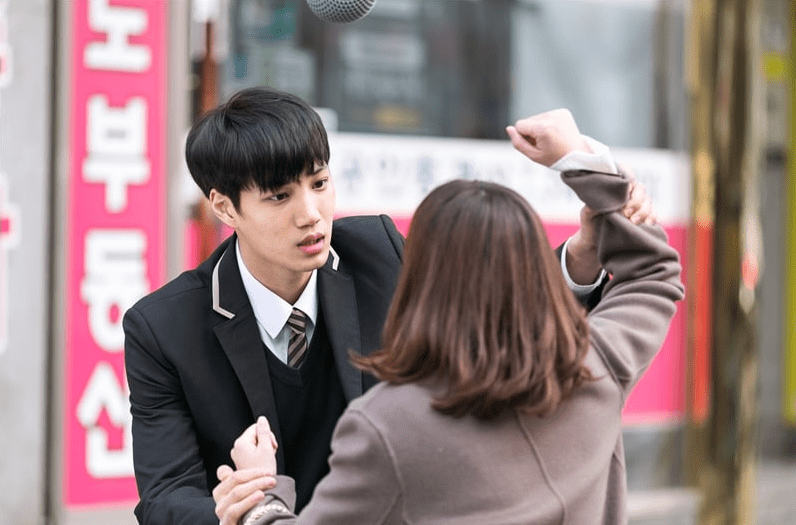 In the first still, Kai is flustered in front of his mom, who appears angry and is about to hit him as he blocks her with his hands. In the second still, he gazes earnestly at her while she receives a phone call with some apparently shocking news, but she makes sure to have a tight grip on Kai’s arm in case he runs away. In the third image, he appears frustrated as he grabs fistfuls of his hair. 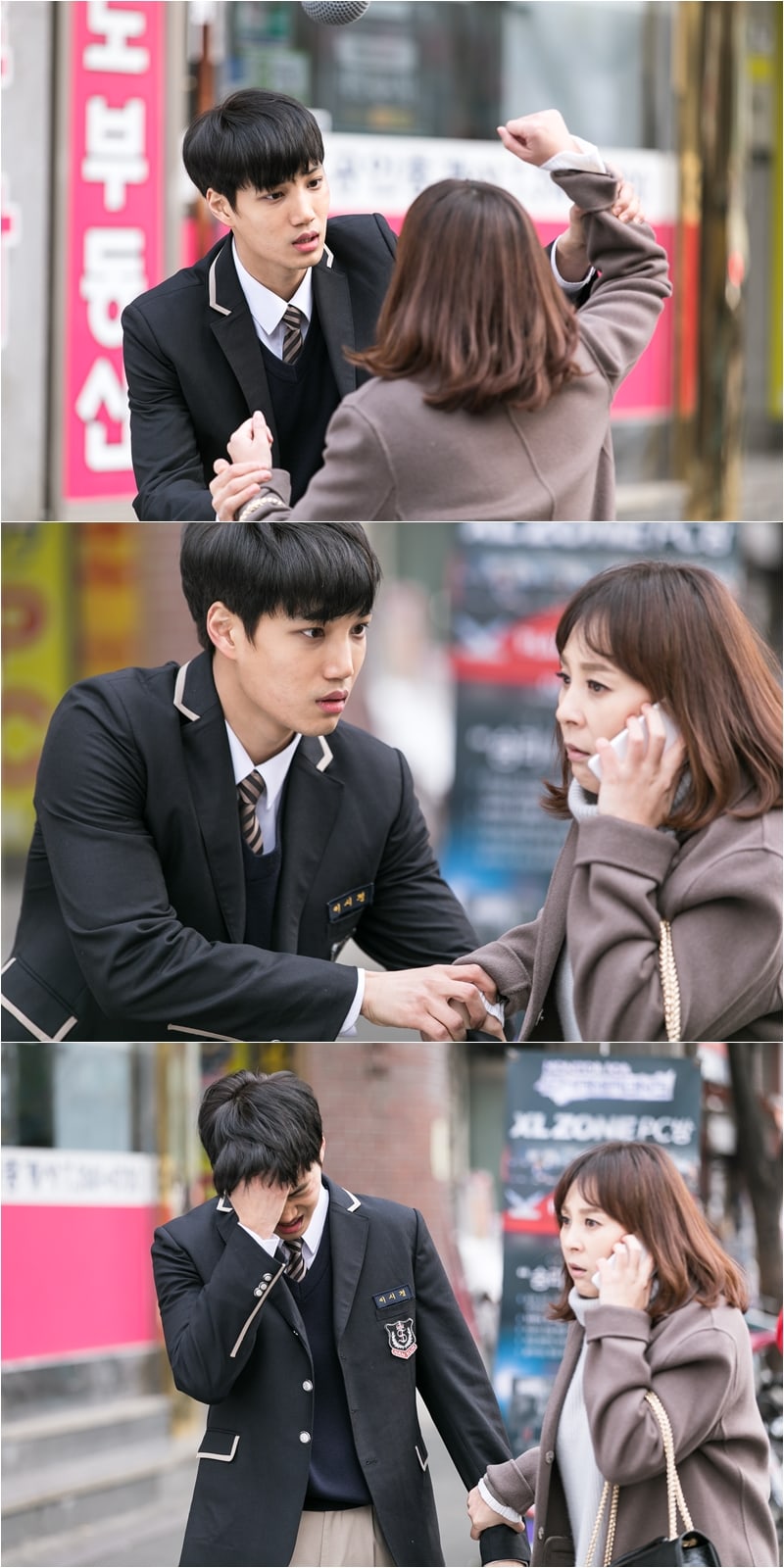 Kai’s character Si Kyung is a rebellious teenager who loves gaming more than studying. Many believe the stills are from a scene where he cuts school to go play games and his mom catches him in the act. A source from the drama praised Kai, stating “He is putting more effort than anyone to portray the rebellious teenager who grows into the sweet, sensitive Si Kyung.”

Meanwhile, “Andante” is a youth drama about a city kid named Si Kyung who transfers to a strange school in the countryside. The drama will air every Sunday at 10:10 a.m. KST starting September 24.