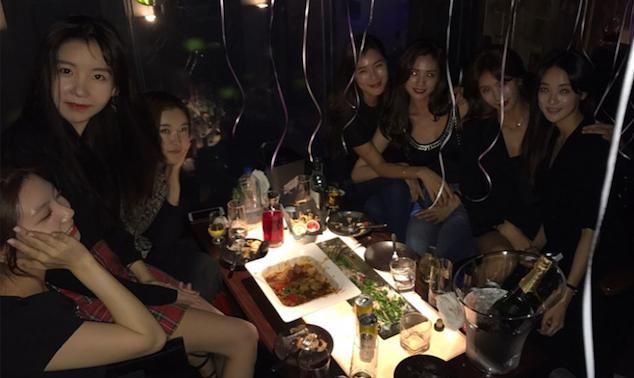 September 14 was Nana’s birthday, and thanks to Instagram, fans were able to see the After School members together again!

Both current and former After School members celebrated her birthday at a party, with graduates Kahi, Jung Ah, and Lee Joo Yeon and current members Raina, Nana, E-Young, and Kaeun at the get-together.

On her personal Instagram account, Nana uploaded a photo of herself making a wish in front of her birthday cake with the caption, “2017.9.14 A birthday party with the people I value and love the most. Thank you to everyone who came. This happy and fun time was such a big present to me. I will work harder, love more, be more humble, and give more. Thank you for letting me be born.”

Meanwhile, After School has not promoted as a group in Korea since releasing the track “One Week” as a part of “Brave Sound’s 10th Year Anniversary Project” in 2014.

However, individual members have stayed busy with various activities. In particular, Raina recently made a solo comeback with an MV featuring NU’EST’s Aron and it has been confirmed that Nana will appear in a new drama with Park Hae Jin and Kwak Si Yang.