GFRIEND was one of the girl groups that appeared on Mnet’s “Idol School” this week!

On the show’s September 15 broadcast, the team that was going to perform “Rough” for the end-of-term examinations had a chance to meet with GFRIEND. In the episode, the trainees were able to get tips from the girl group about the dance and performance.

Once practice ended, Kim Na Yeon, and GFRIEND members SinB and Eunha were finally able to show their delight about reuniting with each other. Kim Na Yeon revealed, “They were the friends I trained with when I first dreamed of becoming a singer. SinB, Eunha, and I dreamed of becoming singers together while Yerin and I went to the same high school.” She added that it was fascinating she got to reunite with all three girls on the show but she felt like tearing up. The members of GFRIEND were quick to comfort her. 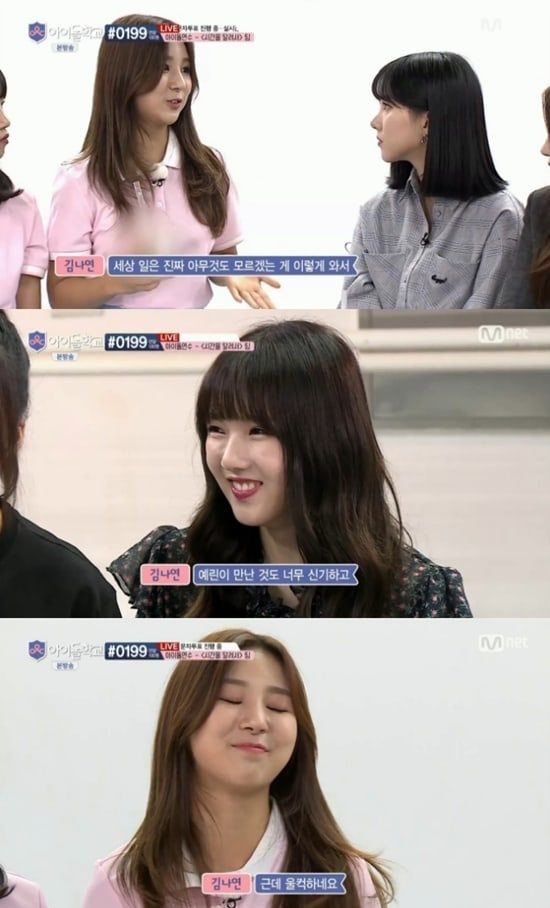 Check out their tearful reunion below!