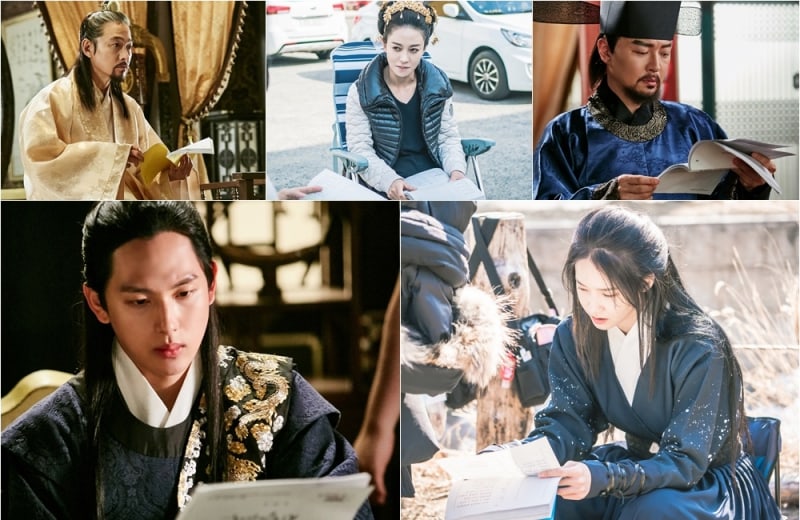 “The King Loves” has released behind-the-scenes stills of the cast working hard on set.

Historical MBC drama “The King Loves” is set in Goryeo Dynasty and tells the story of twisted love and desire between three characters. It has been acclaimed for its intense plot and great acting by the cast members.

The drama is accelerated by the talented actors; Jang Young Nam who meets his lonely end, Im Siwan who sobs over his mother’s death with regret and determination for revenge, and Oh Min Seok who’s engrossed in cold fury after witnessing his lover’s tragic death. Their impressive acting is far more moving when you realize it comes from their pure passion for acting and affection for “The King Loves.”

The revealed stills show the cast practicing with the script firmly clutched in their hands wherever they go. Im Siwan is contemplating over the upcoming emotional scene as he looks at the script by himself.

YoonA is also seen reading her lines aloud. She is checking the tone of her voice as she pays extra attention to her voice, pronunciation, and breaths before filming. 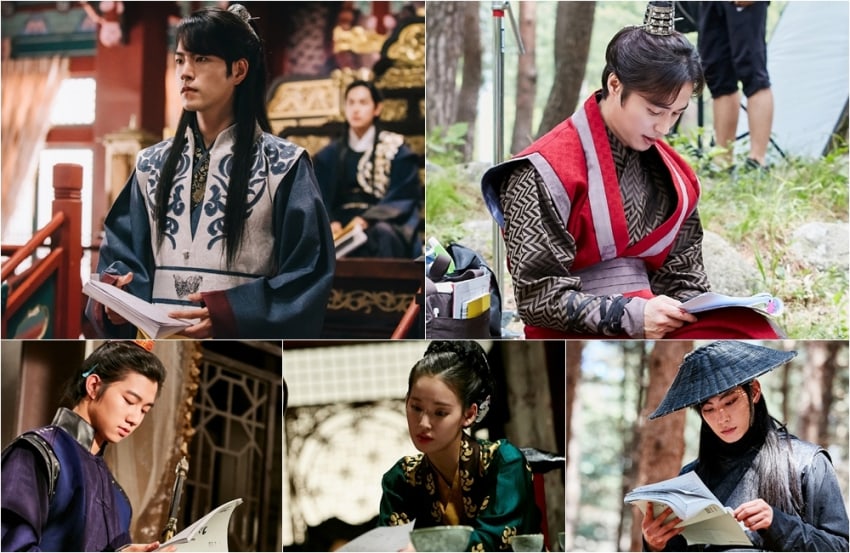 Hong Jong Hyun is checking his acting through detailed rehearsals. He tries to work in perfect harmony with his partnering actor through script analysis and rehearsals as his scenes are mostly action scenes.

Oh Min Seok, on the other hand, is nothing like the furious villain he portrays in the drama. He is gently smiling as he reads his script.

“The King Loves” airs every Monday and Tuesday at 10 p.m. KST with only four episodes left until the end.