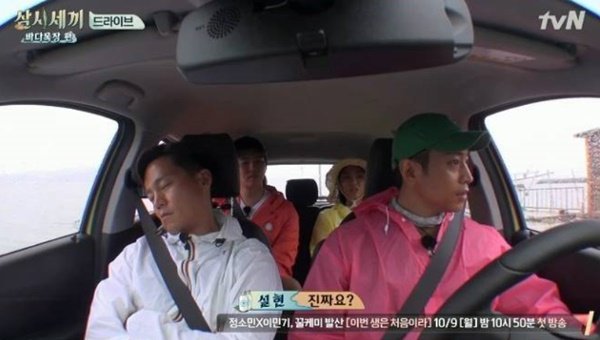 On the September 15 broadcast of tvN’s “Three Meals a Day,” AOA’s Seolhyun asked the singer and actor Eric what it’s like to be married.

Although it was awkward at first because she didn’t know any of the cast, she melted into the atmosphere of the show naturally as time passed. Seolhyun boldly asked Eric on the way back home after working on the island, “Do you like being married?” No one on the show had asked the direct question before.

At that, Eric answered, “I don’t see much of a difference.” He added, “When we were just dating, my wife had a curfew of midnight. That’s gone now, so I like that. We had the curfew for five years and it’s nice that it’s gone.”

He said about his wife Na Hye Mi, “She was more like a best friend to me than a girlfriend. I feel comfortable with her and like it that way.”

Through this honest talk, Eric and Seolhyun became closer and began to bond more over the rest of the episode.

AOA
Three Meals a Day
Eric
Shinhwa
Seolhyun
How does this article make you feel?