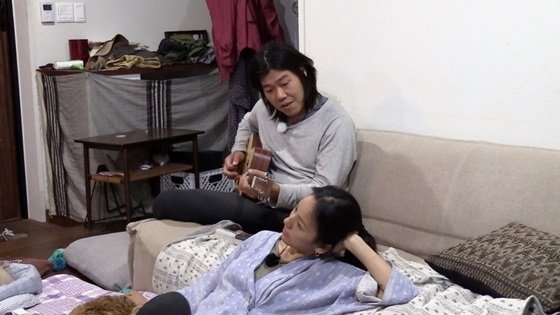 He has maintained a considerate and easygoing image throughout, earning the love of viewers.

About this, the producing director Ma Geon Young said on September 16, “The older generation of parents had the idea that if the husband was warm and kind, he wasn’t manly. As the generation changes, I think the expression of their emotions is becoming more natural. Although men used to hide the warm sides of themselves in the past, now, there are lots of men who are good at expressing themselves. That’s why they show that on broadcast as well.”

He then said, “It’s giving up on your own comfort in consideration for your significant other, and both men and women do it. I think it’s looking at it from a patriarchal society’s point of view to only say such things about the husband.”

Although there are lots of husbands on TV, Lee Sang Soon’s popularity is unmatched. About that, Ma Geon Young analyzed, “I think the image of men caring for the woman on TV was very different from what women actually wanted. In dramas, for instance, men show care for women in certain ways regardless of whether the woman wants that of them. What men think of as ‘consideration’ is different from what women think.”

He said, “I think the person who is showing consideration for his significant other exactly in a way that she wants is Lee Sang Soon. He’s not considerate to her because he thinks women will like it, but because it comes naturally to him. He doesn’t mean to be considerate, but he is.”

Meanwhile, “Hyori’s Homestay” airs every Sunday. The last episode will be on September 24.

Lee Sang Soon
Hyori's Homestay
How does this article make you feel?