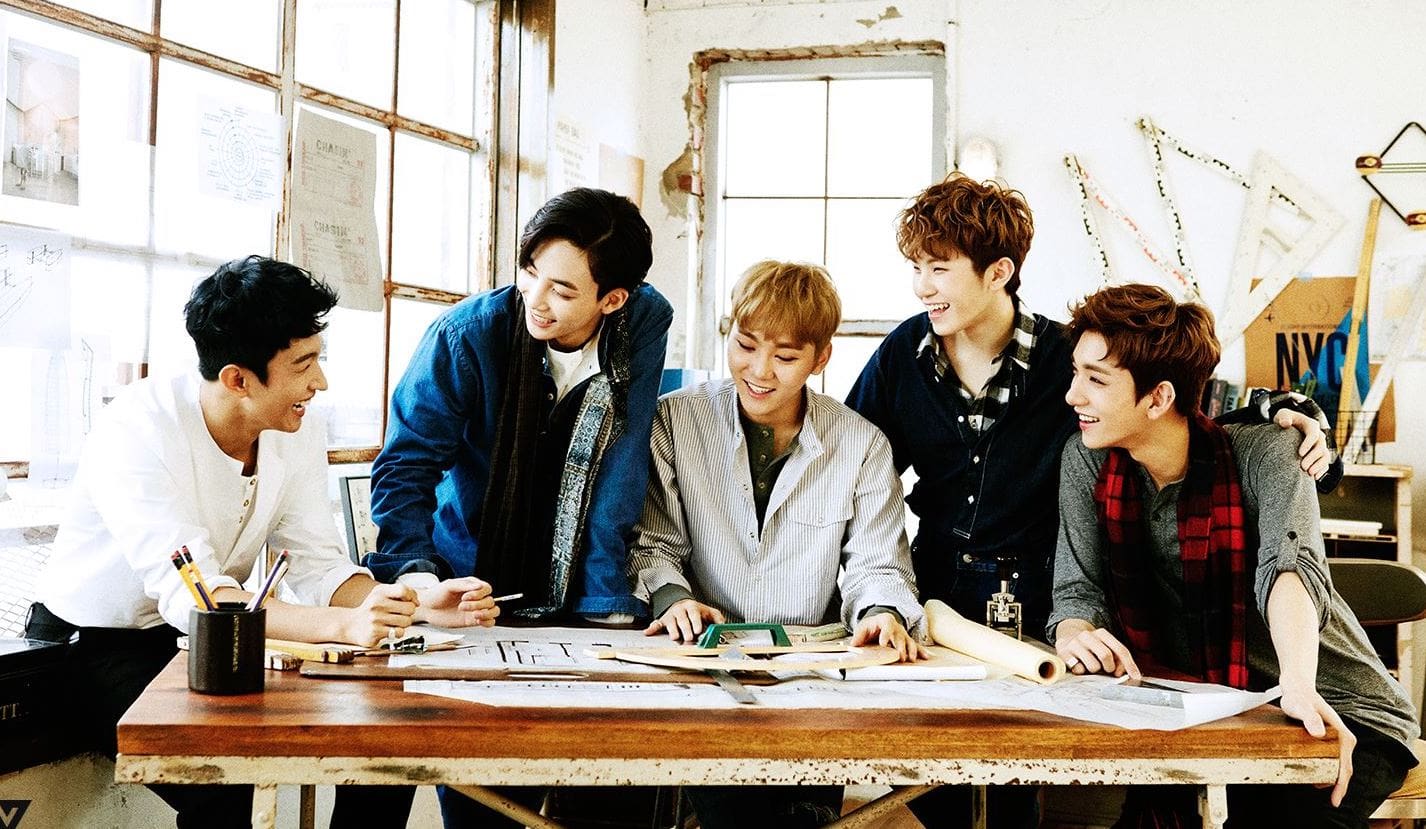 SEVENTEEN has now shared a teaser image for the vocal unit’s upcoming track, which is the last in their series of unit releases!

Their song “Pinwheel” (tentative title) is due out on October 16.

After SEVENTEEN’s hip-hop unit released their MV for “Trauma,” the performance unit is up next to share a new MV, and the quartet has released a teaser!

The tweet with the teaser includes the captions “Lilili Yabbay” and “Dance of the 13th Month” in Korean. The performance unit’s MV is due out on October 9.

SEVENTEEN has revealed a teaser image for the hip-hop unit’s upcoming track “Trauma”! The song is due out on October 2.

This new track follows the release of the unit leaders’ “Change Up” earlier this week.

SEVENTEEN has dropped a teaser image for the release of “Change Up” by the unit leaders! “Change Up” is due out on September 25.

After announcing the continuation of the “2017 SEVENTEEN Project” earlier in the day, more information has now been revealed!

The unit leaders’ release introduces the new world that SEVENTEEN will meet after “Al1.” The hip-hop, performance, and vocal teams will provide a prequel to “Al1” with “Before Al1.” Music videos will be released for all four of these singles.

After these unit projects are complete, SEVENTEEN will be returning with a completely different image through their second studio album.

Just like what member S.Coups hinted previously, SEVENTEEN has some exciting releases planned for the rest of the year!

On September 17 at midnight KST, the group dropped a teaser detailing the continuation of their “2017 SEVENTEEN Project.”

According to the teaser, the group’s most recent mini album “AI1,” which featured title track “Don’t Wanna Cry,” was the first chapter of their project. For their “second chapter,” the SEVENTEEN unit leaders will jumpstart things with something titled “New World” (literal translation), scheduled to be released on September 25.

The post also announces several “before AI1” releases from the hip-hop, performance, and vocal teams in October, and also hints at another album that will drop sometime this year, marking “chapter three.” 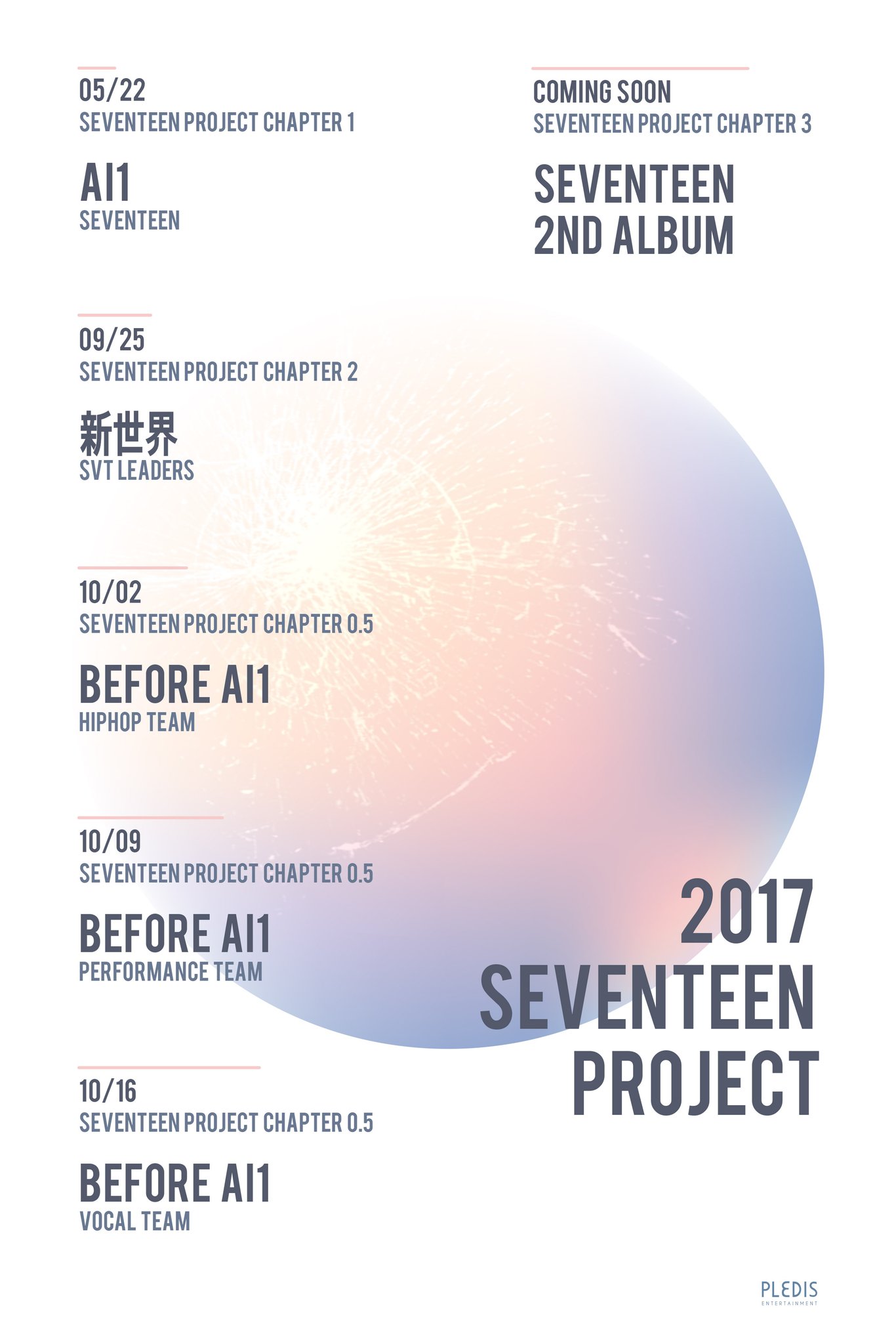 Meanwhile, SEVENTEEN’s Jun and The8 recently dropped stunning videos for “My I,” a track off of their “AI1” mini album.