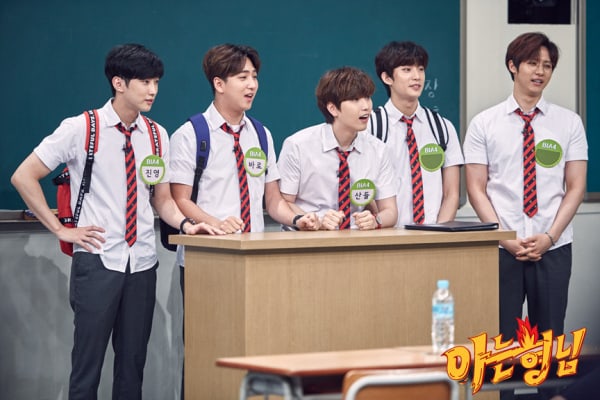 On the July 16 episode of JTBC’s “Ask Us Anything,” B1A4’s Jinyoung talked about his close relationship with Park Bo Gum and Kim Yoo Jung.

The singer starred with them in the KBS2’s drama “Moonlight Drawn By the Clouds.” Seo Jang Hoon stealthily brought up Park Bo Gum and suggested that Jinyoung should cast people for “Ask Us Anything.” Jinyoung hardly missed a beat as he responded, “Of course!” 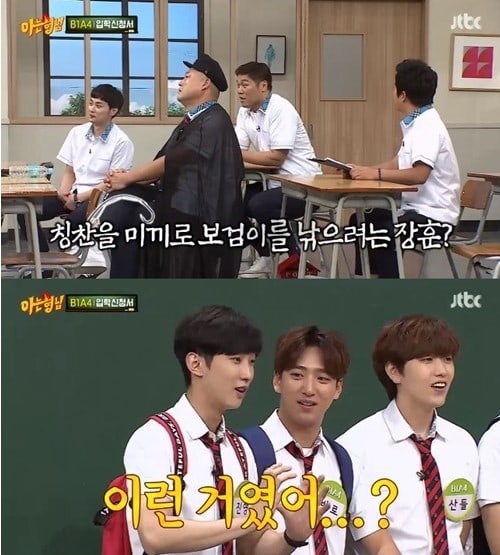 As the cast reacted to the speed of his response, Jinyoung continued with a smile, “Everyone is expecting it.” The singer added that there was a party for the drama’s one year anniversary later that day. “I’ll talk to them about it when I see them,” he added enthusiastically.

Kim Young Chul asked when and where the party was happening, and Lee Soo Geun joked, “Seo Jang Hoon should go and just pay for it!” Seo Jang Hoon hinted at his desire to get Park Bo Gum and Kim Yoo Jung on the show, and Jinyoung promised to pass on the message. 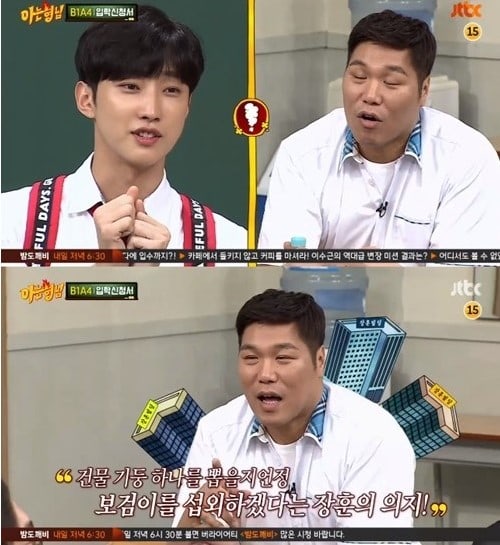 Park Bo Gum
Kim Yoo Jung
Ask Us Anything
B1A4
Jinyoung (B1A4)
How does this article make you feel?