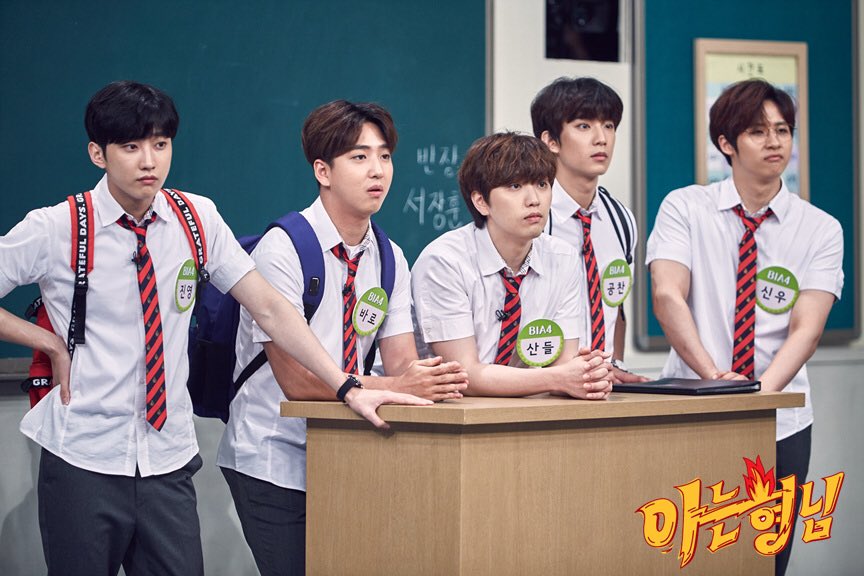 B1A4 Talks About Accomplishments And More With “Ask Us Anything” Cast

B1A4 appeared on the September 16 episode of JTBC’s “Ask Us Anything,” where the guys and the cast talked about the group’s accomplishments.

Admiring B1A4’s “admission report,” Lee Soo Geun said, “You wrote ‘Agency: erected a building with our power.’ Wow, so cool.” The guys of B1A4 smiled in response. The group has previously talked about how their agency WM Entertainment moved to a new building with many more floors than before, including a floor just for the group.

Seo Jang Hoon then asked how many stories the building has, causing everyone to burst out laughing. Sandeul replied, “Since there’s a basement, all together it’s seven stories.”

Kim Heechul laughed and gestured to Seo Jang Hoon as he joked, “It seems like he’s going ‘Seven stories is cute. I own the 63 Building!” 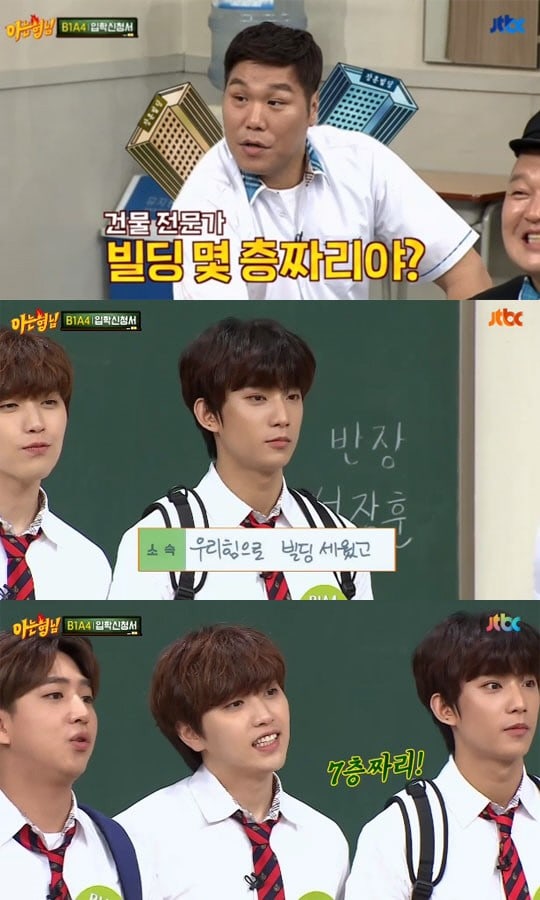 The group and cast also talked about Jinyoung’s career as a producer. Lee Sang Min began by discussing his close friendship with Jinyoung and stated, “Jinyoung is one of my top three favorite songwriters in the nation. My top three are G-Dragon, Zico, and Jinyoung.”

The other members of B1A4 also noted his ability as a songwriter, saying, “Jinyoung composed a new song on our upcoming album.”

Lee Sang Min continued, “Jinyoung has the most self-produced songs out of all the idol members in the nation.” 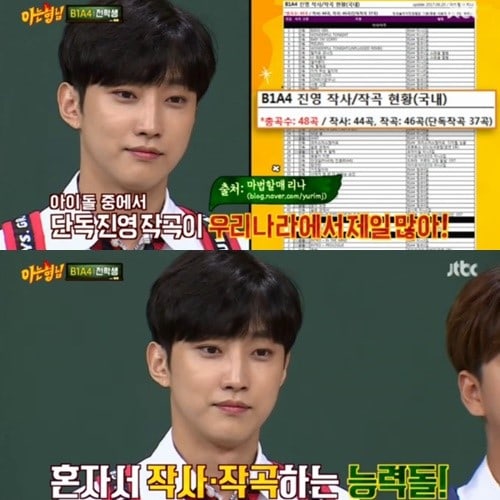 B1A4 will be making a comeback next week with “Rollin’.” Check out their newly released teaser images here!

Ask Us Anything
B1A4
Jinyoung (B1A4)
How does this article make you feel?