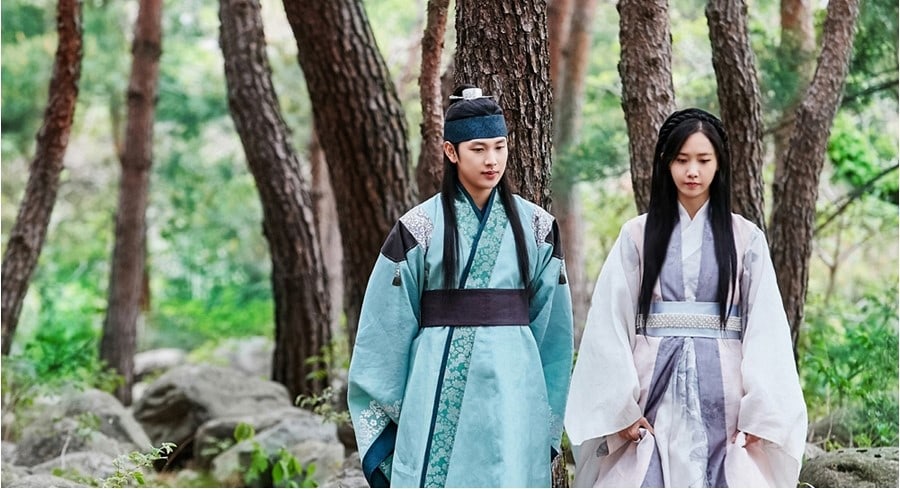 From start to finish, MBC’s “The King Loves” will wow viewers with its stunning cinematography.

With just four episodes to go until the conclusion, “The King Loves” continues to build tension. However, it’s not just the actors’ enthusiasm that captures the viewer’s attention; it’s also the drama’s gorgeous scenery.

To capture the beauty of the story, the drama has traversed across South Korea’s eight provinces. Over a time period of about six months, the team has worked to mix the the emotion of the characters with South Korea’s natural beauty from Gangwon Province to Jeju Island.

The azaleas on Ganghwa Island’s Goryeo Mountain serve as the ideal setting to depict the blissful calm-before-the-storm before the start of conflict between Wang Won (Im Siwan), Eun San (YoonA), and Wang Rin (Hong Jong Hyun). The friendship, love, and excitement between these characters is maximized by this background.

The scene where Wang Won and Eun San have a date together on a pathway filled with refreshing scenery was filmed at pine forest grove at Sang Do Mun village in Sokcho. Another scene where Wang Won once again confesses his love to Eun San was also filmed in Sokcho. He recited, “Stay by my side. If you leave me too then this country, this world, will be meaningless,” as the two sat together at Tiger Rock and gazed and the beautiful Yeongnang Lake.

The moment when Wang Lin follows Eun San to confess his love for her after the death of Eun Young Baek was filmed in Samcheok. The beauty of the refreshing water’s edge of the river not only heightened the chemistry between the characters, but also amplified their emotions. Also, the choice of filming at Choneunsa, where Lee Seung Hyu, or better known as Dongangeosa, (played by Uhm Hyo Sup in the drama) actually lived and wrote the “Jewangungi” (Songs of Emperors and Kings), added a realness to the whole endeavor.

The drama’s team also filmed at Yongin Daejanggeum Park, Chungju in Chungcheong Province, Naju in the Jeolla Province, as well as other open set locations throughout the country. Other locations which provided the spectacular scenery for the drama included Yeonmijung in Incheon, Goryeo Mountain, the Jukseoru Pavilion in Samcheok, and the flat rocks in Sokcho. 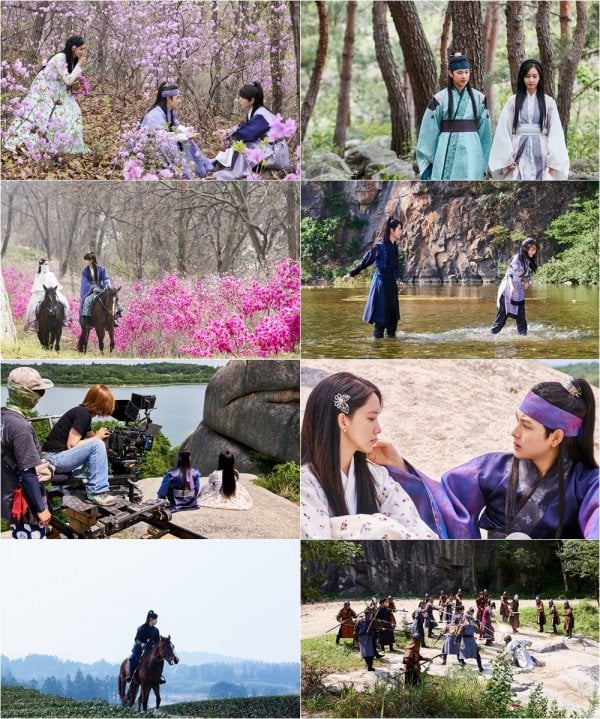 A source of the drama stated, “This is a drama with characters who experience subtle emotions. Because it is a historical drama, we took great care of the visual aspects of the production. The remaining four episodes should continue to enthrall the viewers with scenery from the Seorak Mountain in Sokcho, the botanical gardens at Seorak Mountain, and the beautiful scenery of Buyeo County.”

“The King Loves” is based off the fiction novel of the same name and is four episodes away from its conclusion.