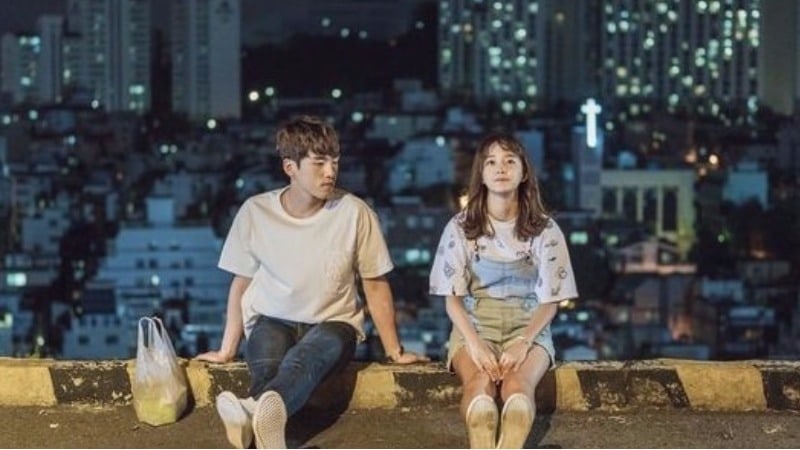 The “School” drama series has spawned a whole generation of stars – Lee Jong Suk, Kim Woo Bin, Nam Joo Hyuk, Yook Sungjae – and Kim Jung Hyun, one of the leads of “School 2017,” looks poised to take on that mantle as well.

After the drama ended, the young actor sat down for an interview to talk about his experience on the show. About his character, Hyun Tae Woon, he said, “Honestly, there are parts that might have seemed a bit obvious, but I tried to react to situations like his romance with Eun Ho and his conflict with his father in a way that only Tae Woon would react. His character changes a lot so I think I was able to show various sides of myself through 16 episodes.”

Kim Jung Hyun shared the most scenes with his onscreen love Kim Sejeong, as well as Jang Dong Yoon, who played his former best friend. Of them all, Kim Jung Hyun was the oldest and had the most acting experience. When asked if he felt pressured to lead them, he said, “I tried not to take on that sort of unnecessary responsibility. They’re all my friends, so if I tried to take on responsibility for everything all by myself, it would probably have made them more uncomfortable. Sometimes, keeping my silence was the thing I had to work on the most. If my friends were really struggling and having a hard time, then we’d work things out together.”

He added, “[Kim Sejeong] reminded me of myself when I first began acting. She was at a disadvantage because it was her first time acting, but she was flexible and had her own goals. I could feel her passion. It made me think of my university days, when I didn’t know anything and was trying to learn about acting. Preparing a lot and being happy and disappointed at times. Since she reminded me of those days, it was fun to film with her.”

The “School 2017” cast and crew once went to visit Kim Sejeong at a gugudan fan meeting. Kim Jung Hyun said, “We both took on our first lead role at the same time [on ‘School 2017’] so we related to each other a lot. I wanted to support her on stage and I was grateful that she invited me so I went, but it felt strange. It was the first time I’d seen the singer Kim Sejeong and it was unfamiliar to me.”

Kim Sejeong
School 2017
Kim Jung Hyun
How does this article make you feel?