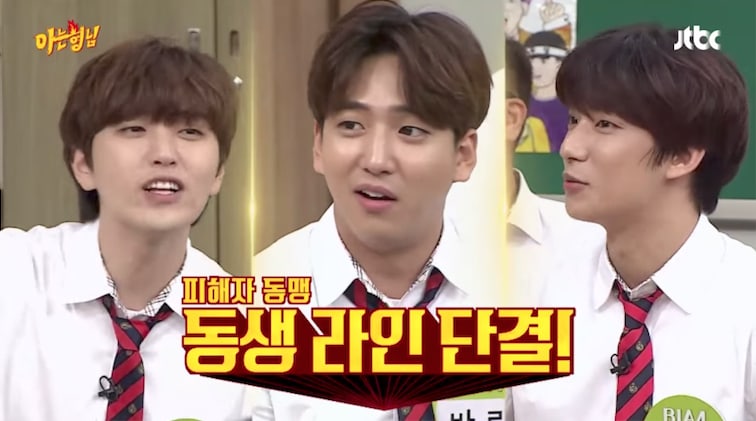 The members of B1A4 appeared as guests on the September 16 episode of JTBC’s “Ask Us Anything.” During one of their talk segments, Baro revealed that CNU had once made him cry, which Sandeul and Gongchan backed up by saying that they too had been scolded by CNU a lot as trainees.

After hearing this, CNU shared the story behind making Baro cry. CNU said, “During our trainee years, Jinyoung and I were 20-year-old adults so we would wake up and go to the practice room. Meanwhile, they [Baro, Sandeul, and Gongchan] were younger so they went to school. One day, Baro came back bragging that he got a girl’s phone number. It made me so angry!” 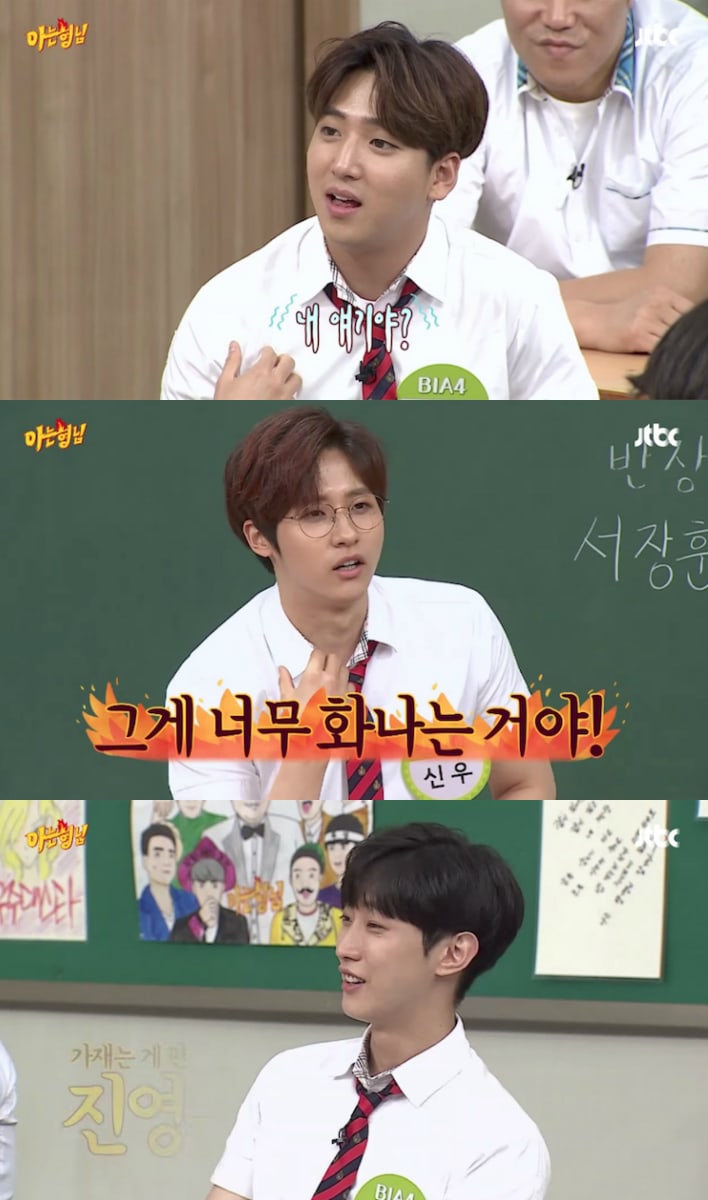 After hearing this, the “Ask Us Anything” cast members laughed and joked about the situation. Kim Heechul teased, “When you walked around, no one asked for your number, but Baro got a girl’s number so you got angry,” and Lee Soo Geun joked that CNU was jealous and said, “CNU was like ‘What about me?!'” In his defense, CNU said the only girls he and Jinyoung saw were their agency’s employees. Then the cast members asked CNU what he would have done if a girl had asked him for his number, to which CNU said he would apologize and walk away, making everyone laugh again because it looked like he was acting out a scene from a musical.

Surprised at the lack of support on his side, CNU turned to Jinyoung, who agreed with him. Gongchan softly said, “Yeah…no…that’s not okay.” CNU then looked at Baro and said, “Were you in the wrong or not?” to which Baro said, “I should apologize for something that happened ten years ago?!,” then added, “Yes, I was in the wrong.” 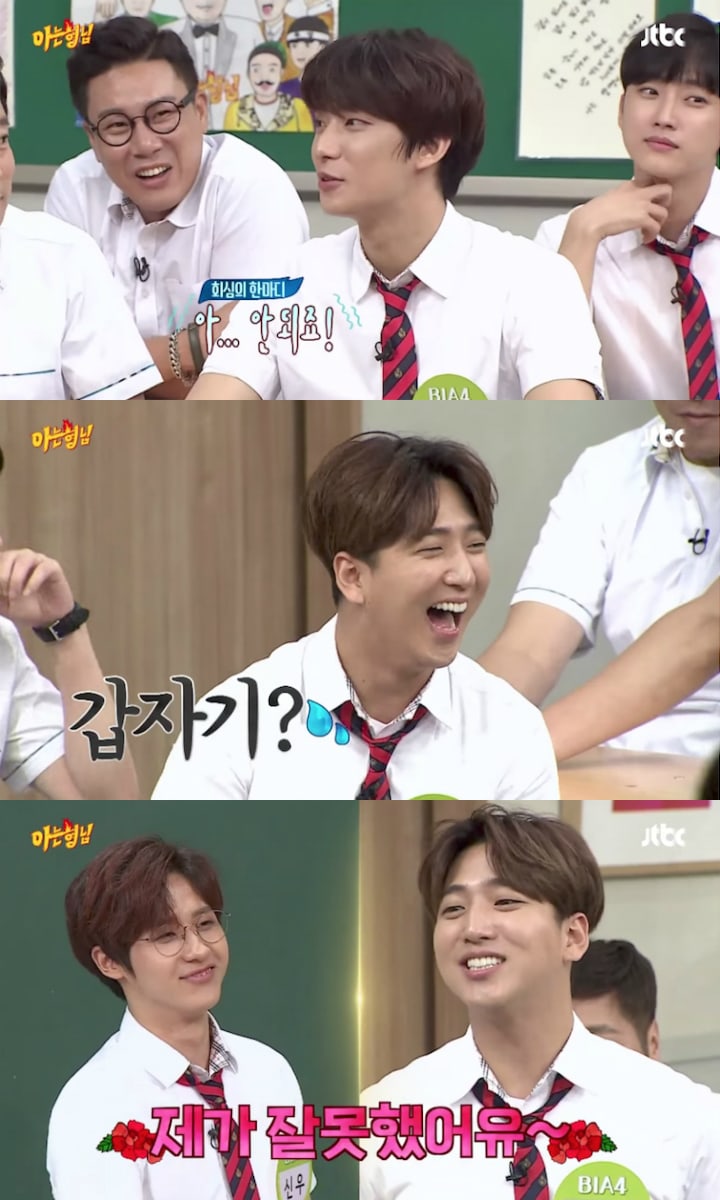 Knowing Bros
B1A4
How does this article make you feel?