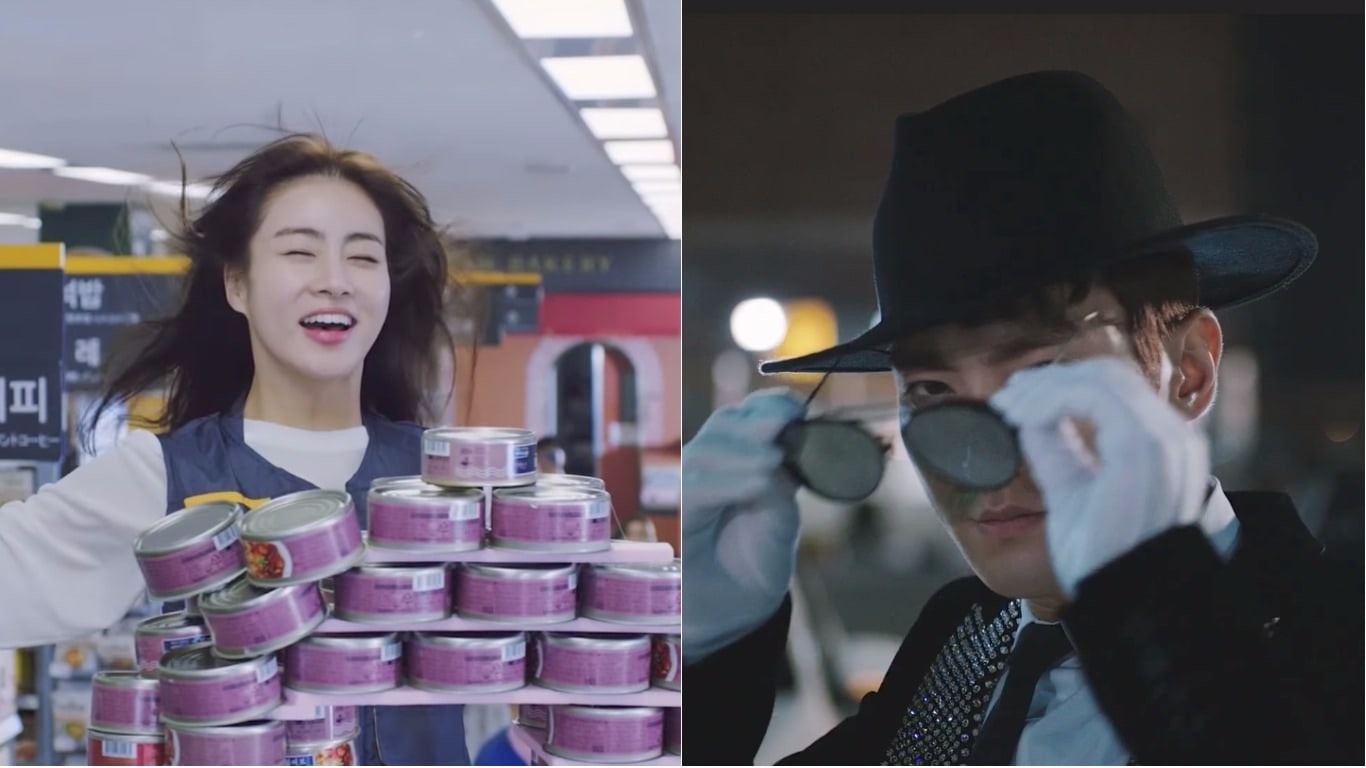 Watch: Kang Sora Is The Queen Of Part-Time Jobs While Choi Siwon Busts A Move In Drama Preview

The queen of part-time jobs goes up against the king of pop!

In terms of efficiency, Kang Sora wins hands-down as she stacks a complicated array of cans in perfect order (with Choi Siwon supporting her on his shoulders) as an impressed grocery store audience looks on. However, Choi Siwon soon gets style points as he dresses up like Michael Jackson while working as a parking attendant. The cars may not like it, but the women go wild!

“Revolutionary Love” is a comedy-drama about an unemployed third-generation conglomerate heir (Choi Siwon) who takes life easy, and a hardworking woman who has trouble landing a permanent job despite her excellent credentials. Gong Myung also stars as a secretary at Choi Siwon’s family’s firm.

Kang Sora
Choi Siwon
Revolutionary Love
How does this article make you feel?