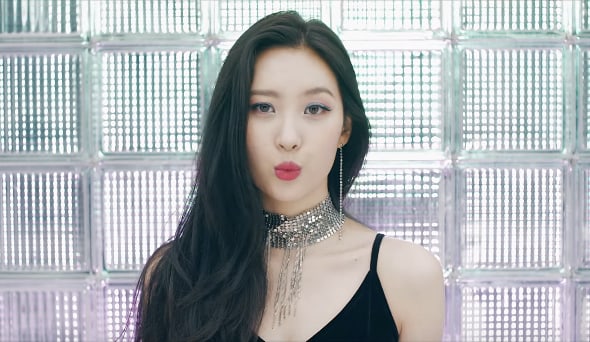 Sunmi’s “Gashina” moves up one spot to become our new No. 1 song this week. This song picked up wins on “Inkigayo,” “M!Countdown,” and “Show Champion” last week. Sunmi has released three solo songs so far and all of them went to No. 1 or No. 2 on our chart. Congratulations to Sunmi!

Last week’s champion, Wanna One dropped one spot to No. 2 with their track “Energetic” this week. Rounding out the top three is Red Velvet’s “Red Flavor,” moving back up four spots to No. 3.

There are two new songs in the top 10 this week. Moving up 10 spots to No. 4 is HyunA’s latest hit “BABE.” This is the title song from HyunA’s sixth mini-album “Following.” Written by hit maker Shinsadong Tiger, “BABE” is a dance song with an analog synth sound and a minimal instrumental arrangement. HyunA’s soft yet powerful rap and vocals are a perfect fit to this song.

Rookie singer Jeong Sewoon scored his first top 10 hit this week with his debut song “JUST U.” This is the title track from part 1 of Jeong Sewoon’s first mini-album “EVER.” Jeong Sewoon was a former trainee in “Produce 101 Season 2.” Despite not being chosen as one of the top 11, Jung Sewoon solidifies his talent as a solo artist with this new song. “JUST U” is an R&B song with a trendy sound and a groovy rhythm that goes well with Jeong Sewoon’s sweet and sensuous voice.