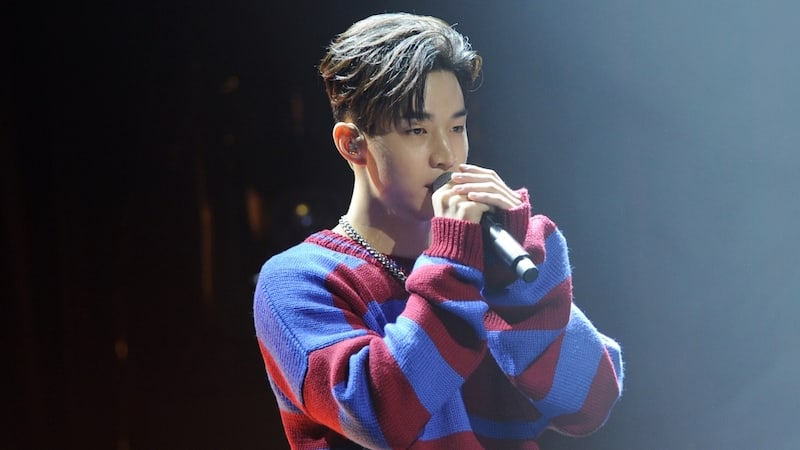 Park Jin Young has a segment on his show where artists can “steal” another artist’s song and perform their own rendition of it. Henry chose Yoon Jong Shin’s current hit track “Like It” and used his sweet voice to give his own spin to the song. With a live band and a microphone, Henry sang the ballad in front of the original singer Yoon Jong Shin, Park Jin Young, and the audience.

Yoon Jong Shin sat at the side of the stage and smiled proudly as Henry performed, even singing along to some parts of the song. After the performance, Park Jin Young praised Henry and said, “How can a foreigner born in 1989 sing this like a ballad from the early ’90s?” Henry humbly replied, “It was a bit difficult,” and Park Jin Young added, “Wow, the only thing I can say is you’re an amazing guy.”

Henry also performed his latest duet with Girls’ Generation member Sunny, while Yoon Jong Shin discussed the behind story behind “Like It” and performed with fellow Mystic Entertainment artists.