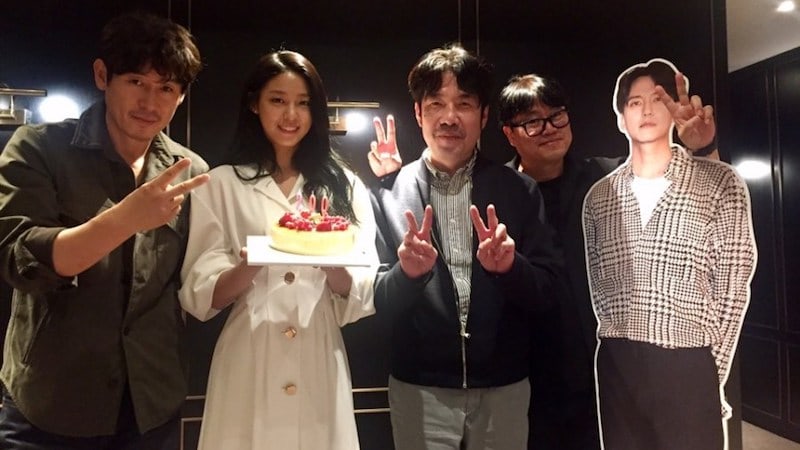 “Memoir of a Murderer” is showing great box office success!

As of 4 p.m. KST on September 17, the film passed 2 million in ticket sales, making it the first Korean thriller of 2017 to pass 2 million.

The distributor Showbox revealed a photo of Sol Kyung Gu, AOA’s Seolhyun, Oh Dal Soo, and the director Won Shin Yeon celebrating the feat with a cake and a cutout of Kim Nam Gil .

“Memoir of a Murderer” hit Korean theaters on September 6 and has ranked first at the Korean box office for 11 consecutive days. It is on track to soon surpass the 2.1 million ticket sales for American film “Get Out” to become the most watched thriller of 2017 in Korea.

Memoir of a Murderer
How does this article make you feel?