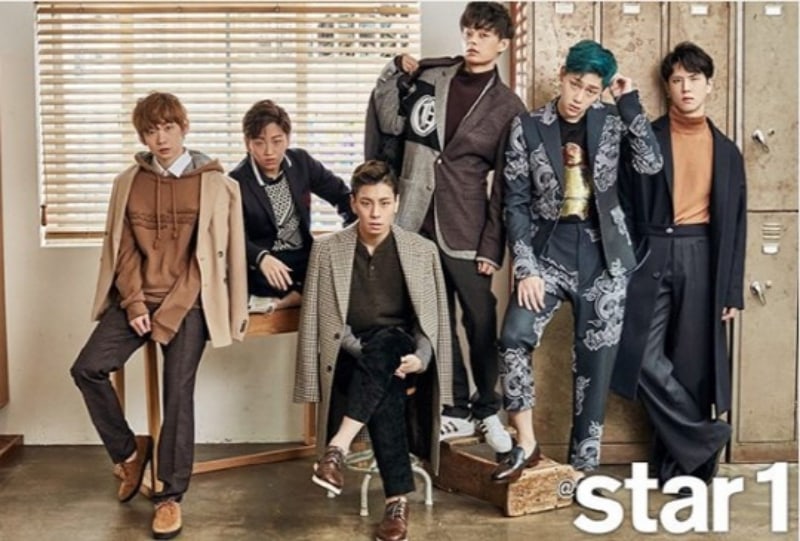 @star1 and W Korea have revealed sneak peeks from pictorials of JBJ as their debut day comes closer.

@star1 posted a cut of JBJ’s photoshoot on their Instagram with the words, “Who’s going to be on the cover of @star1 magazine for October? It’s guys who’re hot from head to toe, JBJ! Please look forward to the October edition of @star1 coming out on September 22.”

The photo features JBJ’s Noh Tae Hyun, Kim Sang Gyun, Takada Kenta, Kim Yong Guk, Kim Dong Han, and Kwon Hyun Bin. The members are all posing in different outfit but are all wearing a charismatic look on their faces.

Fashion magazine W Korea has also revealed a photo from JBJ’s pictorial through their Instagram. On September 13, W Korea posted, “JBJ, ‘the ideal combination’ of six guys that the national producers wanted, met W for the first time.”

The revealed photo shows the six members dressed in classic clothes. Although the picture is black and white, their handsome features are impeccable.

W Korea added, “JBJ members are on the verge of debuting with the magic words that make dreams come true, ‘JUST BE JOYFUL.’ You can see the pictorials and interviews of the members in the October edition of W.”

JBJ is a project group with Noh Tae Hyun, Kim Sang Gyun, Takada Kenta, Kim Yong Guk, Kim Dong Han, and Kwon Hyun Bin as its members. They each gained popularity through “Produce 101 Season 2” and came together as a group after the program. Initially JBJ started out as a seven-member group with Kim Tae Dong, but it is yet unconfirmed whether he will be joining the group due to his situation with his agency.

JBJ will officially debut on October 18 with their first reality show, “Look Kindly On Us, JBJ” set to air on September 27.