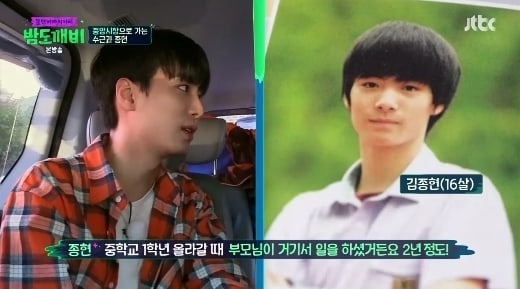 NU’EST’s JR had the chance to revisit his childhood and take a trip down memory lane during the recent episode of JTBC’s “Night Goblin” when the cast visited his hometown of Gangneung, Gangwon Province.

The idol was excited from the moment he got out of his van, happily exclaiming, “This is my hometown. Wow, it’s been so long since I stepped on [Gangneung] sand.” He even prepared a small gift for the other cast members, his hands filled with boxes of sweet and sour chicken that he had gotten from his parents while he was visiting them. 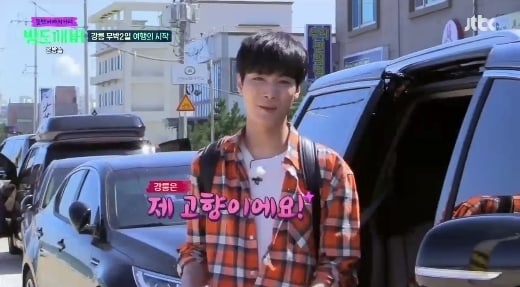 In between meals, JR and Lee Soo Geun were tasked with traveling to the Central Market to pick up snacks to go with their coffee. While driving to their destination, JR happily pointed out places that were special to him in his childhood like his elementary school. Pointing at a clothing store, JR explained, “That’s where my dad bought me my first piece of clothing after I became a trainee. He bought me a padded coat and I ended up wearing it for four or five years.” 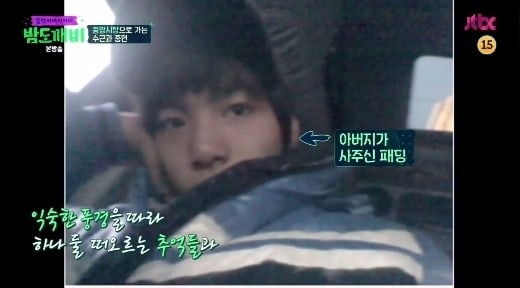 Once they reached the market, JR and Lee Soo Geun went on the search for snacks. JR led the way, as his parents had once run a snack shop called “Jong Hyun Snacks” in the market for a couple of years when he was in middle school. Both cast members were surprised to find that the sign for the store was still up.

Though JR had initially been worried that no one would be able to remember him, a handful of the women who still ran stores in the area recognized him and happily greeted him. JR seemed to be swept up in a whirlwind of emotions as they showed affection towards him and said things like, “You’ve gotten so pretty,” and “Thank you, for succeeding [for our town].” 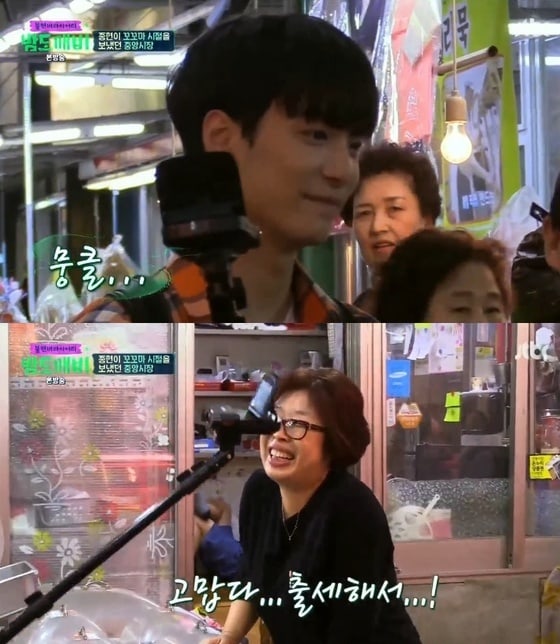 Before they left, JR and Lee Soo Geun took a photo in front of the store so that JR could share it with his family. 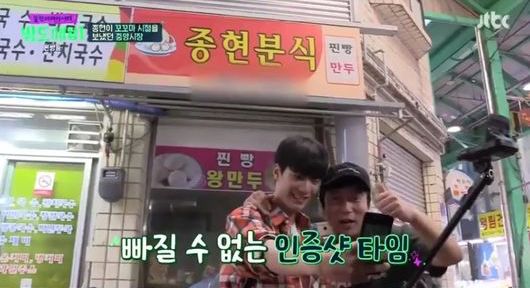 NU'EST
JR
NU'EST W
Night Goblin
How does this article make you feel?