The behind-the-scenes stills show Kai with Lee Ye Hyun, who plays his onscreen sister Si Young. While Si Kyung and Si Young are siblings, there’s an awkward atmosphere that surrounds them. The images show them walking together while maintaining their distance away from each other; and despite walking in the same direction, their facial expressions show no desire to start up a conversation. 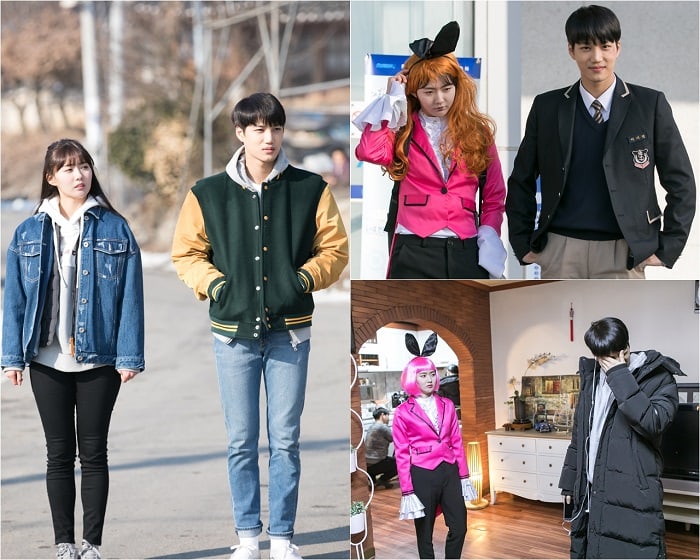 Even when Kai sees Lee Ye Hyun dressed in a rabbit cosplay outfit, he covers his eyes as he tries not to laugh; Lee Ye Hyun, however, has no smile on her face, whatsoever.

Despite constantly bantering and throwing spiteful remarks at each other during filming, the two actors were reported to look after each other on set, creating a warm filming atmosphere.

Kai
Andante
How does this article make you feel?