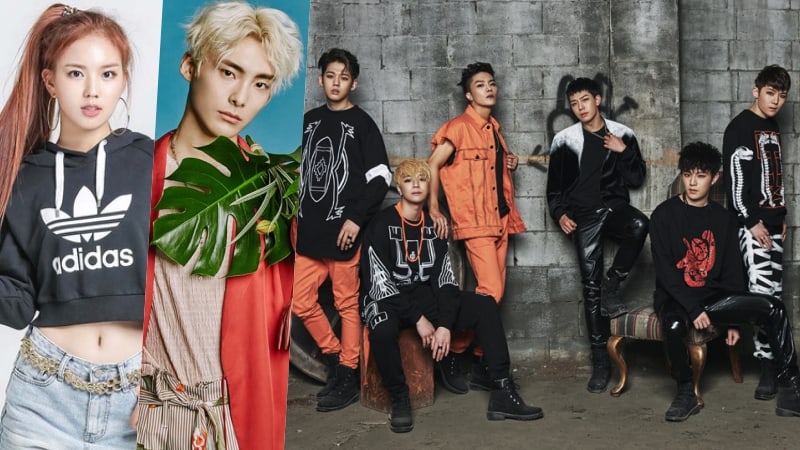 More idols have been confirmed ahead of the first episode of “The Unit”!

On September 18, several contestants were revealed for the upcoming KBS program.

One confirmed idol is Janey, who debuted with GP Basic in 2010 at the young age of 11. She joined D-Unit as a guest member in 2013, then returned to GP Basic later in the year. She eventually left GP Basic in 2015 and joined the third season of “Unpretty Rapstar” the following year. She is currently under MBK Entertainment.

A.C.E’s Jun will also be joining the show. He debuted in May 2017 but also previously received attention through his appearance on variety show “I Can See Your Voice” and in musical “PESTE.”

WANNA.B’s Lina and Ami have been confirmed to participate, as well. The group debuted in 2015, and Lina joined the group in 2016. Lina has also been known as Girl’s Day member Minah’s older sister.

HighTop, Lex, Ron, Sungmin, and Euijin of group BIGFLO, which debuted in 2014, and trot singer Seol Ha Yoon, who debuted in 2016, are also reported to be appearing on the show.

“The Unit” will aim to uncover potential of idols that have already debuted and create a male and female unit group from the best contestants. The first episode is set to air on October 28.

Check out the partial list of over 65 agencies that will be participating in the program!

A.C.E
Bigflo
WANNA.B
Janey
Seol Ha Yoon
The Unit
How does this article make you feel?