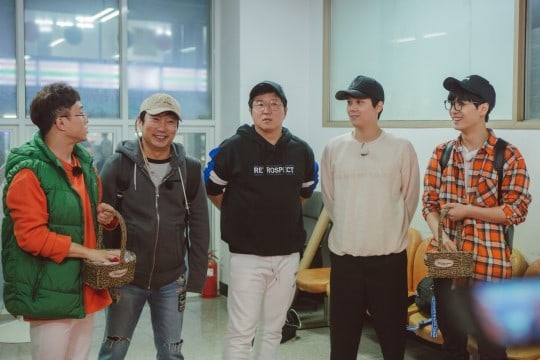 JTBC’s “Night Goblin” has hit its highest ratings ever with its most recent episode.

According to Nielsen Korea, the episode that aired on September 17 scored nationwide viewership ratings of 2.8 percent and 3.1 percent in the Seoul Metropolitan Area. This is much higher than the nationwide ratings of episode 7 the week before, which was at 1.8 percent.

Real-time ratings hit close to 4 percent at the peak of the show, while ratings for the 2049 age bracket (people between the ages of 20 to 49) almost doubled as it jumped from 1.2 percent last week to 2.5 percent this week.

This week’s episode took the cast of “Night Goblin” to Gangneung, the hometown of cast member NU’EST’s JR. He had the opportunity to relive childhood memories as they drove around his old neighborhood. At one point in the show, Park Sung Kwang jumped into the cold waters of the ocean after expressing his hopes for the show to reach 3 percent in ratings, and that might have done the trick for the show!

“Night Goblin” is a variety show that follows the cast members as they stay up all night in order to be the first to try a popular food, attraction, or experience. The show airs on JTBC every Sunday at 6:30 p.m. KST.

Congratulations to “Night Goblin” for the achievement!

Night Goblin
How does this article make you feel?