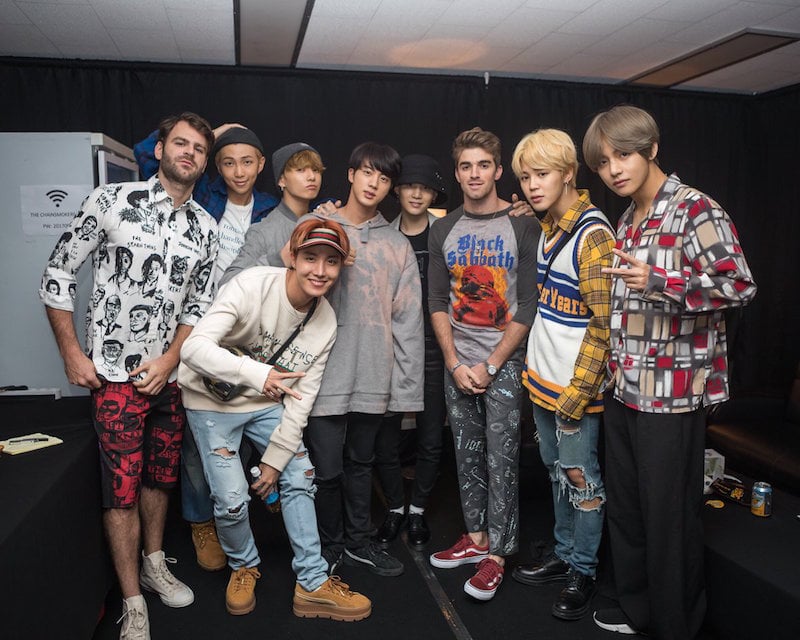 BTS Says They Will Continue Collaborating With The Chainsmokers

On September 18, BTS held a comeback press conference to discuss their new mini album “Love Yourself: Her.”

During the press conference, the group was asked about their friendship and recent collaboration with The Chainsmokers.

Rap Monster revealed, “We became acquainted with The Chainsmokers when we met them at a waiting room during the Billboard Awards after they invited us. We kept in touch after that and talked about working together.”

He continued, “We made a surprise appearance during The Chainsmokers’ concert on September 12. I think we will be able to work together in a variety of ways in the future, so please look forward to it.”

Previously, it was announced that The Chainsmokers’ Andrew Taggart took part in creating a song for BTS’s new mini album. Andrew Taggart and BTS’s rap line members both worked on their new song “Best of Me,” which is described as an EDM track.

BTS
The Chainsmokers
How does this article make you feel?