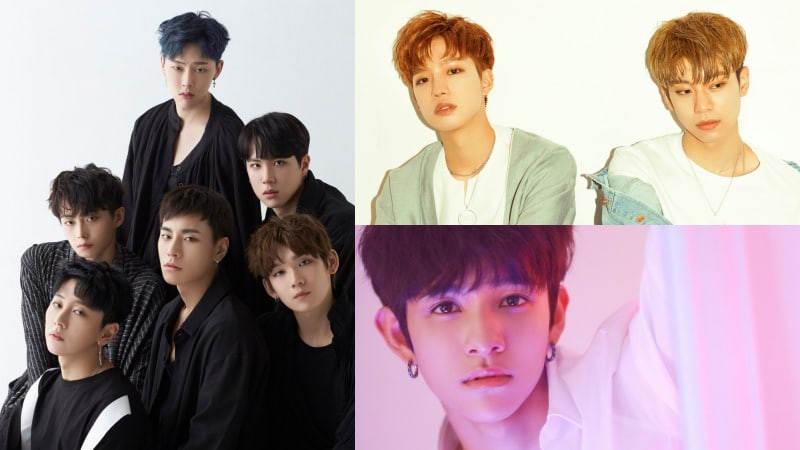 JBJ, MXM, Samuel, And More Confirmed To Perform At 2017 Busan One Asia Festival

The 2017 Busan One Asia Festival is going to be an unforgettable event, and it’s set to get even better with the first batch of singers announced for the festival’s closing ceremony.

On September 18, it was revealed that JBJ, DIA, ONF, MXM, and Samuel are the first five teams to be confirmed for the closing ceremony. JBJ, MXM, and Samuel were all once contestants on Mnet’s “Produce 101 Season 2,” and they will have the opportunity to stand on the same stage again through the upcoming event. The concert will be held on October 31, the last day of the festival, from 6 p.m. to 8 p.m. KST. 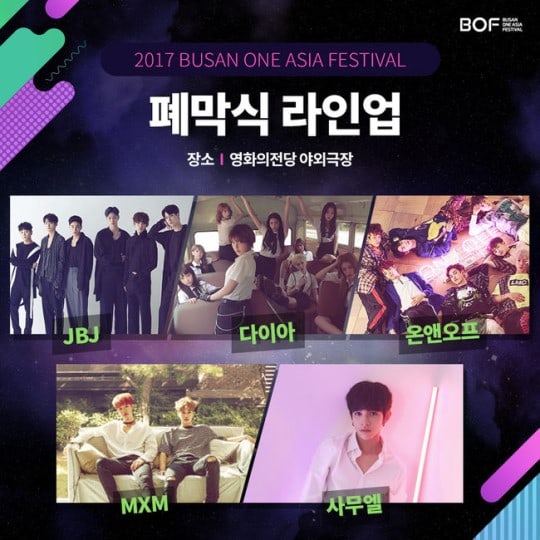 The closing ceremony is just one of many star-studded events that will take place during the festival, which will run from October 22 to October 31. The opening ceremony’s concert will feature artists like Wanna One, BLACKPINK, GFRIEND, GOT7, and NU’EST W. There will also be a Park Concert on October 29 that will be graced by CNBLUE’s Jung Yong Hwa, Baek Ji Young, Red Velvet, Bolbbalgan4, and many others. SF9, N.Flying, MOMOLAND, Kim Tae Woo, and The Eastlight will also be holding fan meetings throughout the week.

The 2017 Busan Asia One Festival will be a celebration of tourism, Hallyu, and Asian culture where people can gather to enjoy music, food, beauty products, and many other activities.

DIA
JBJ
ONF
MXM
Samuel
2017 Busan One Asia Festival
How does this article make you feel?