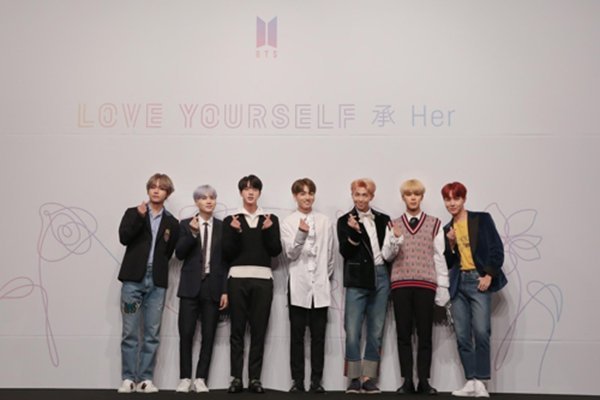 BTS Shares Their Goals For The Future, Names PSY As Role Model

BTS is so close to making their comeback!

On September 18, the group talked about their upcoming new album “Love Yourself: Her” and future goals during their comeback showcase at the Lotte Hotel in Seoul.

During the showcase, Rap Monster commented, “We want to write a milestone that will make its mark on history, just like PSY did.” Suga added, “The number of stock pre-orders for our previous album was 700,000, but we had no idea that it would be 1.12 million [for this album]. We also want to appear on the Billboard Hot 100.”

Meanwhile, BTS’s new album will be featuring nine new tracks as well as two skits for a total of 11 tracks. The album is set to release on September 18 at 6 p.m. KST.

BTS
PSY
How does this article make you feel?