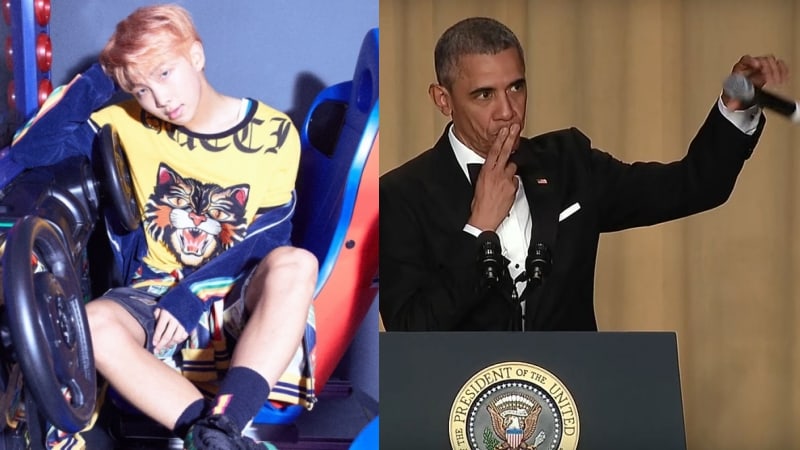 BTS has said that one of the tracks in their new mini album was inspired by former United States president Barack Obama.

During a press conference on September 18, BTS’s Rap Monster mentioned the famous White House Correspondents Dinner speech in which Barack Obama dropped his microphone at the end. Rap Monster said, “It’s one of the performances that says, ‘My speech was good, wasn’t it?'”

BTS’s new mini album “Love Yourself: Her” was released on September 18 at 6 p.m. KST, and features the title track “DNA.”

BTS
Rap Monster
Barack Obama
How does this article make you feel?