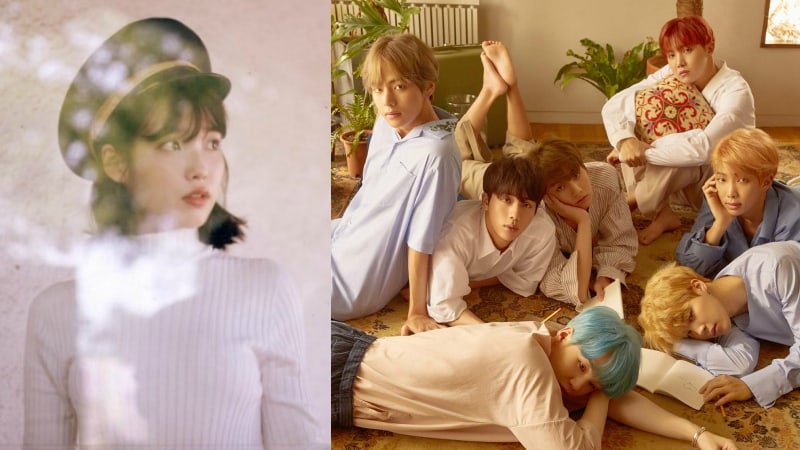 Singer-songwriter IU released the song “Autumn Morning” on September 18 at 7 a.m. KST as a surprise gift for fans to celebrate her ninth anniversary. The track is a sneak preview of her new remake album, which is due out on September 22.

As of September 19 at 4:30 a.m. KST, “Autumn Morning” sits in the top spot on the realtime charts of four of six major Korean music sites: Genie, Bugs, Mnet, and Soribada.

Meanwhile, BTS has taken the top spot on Korea’s largest music site Melon’s realtime chart as of 4:30 a.m. KST with their new track “DNA,” with many of the remaining songs on their mini album “Love Yourself: Her” and other hits right behind it. “DNA” is also No. 1 on Naver’s realtime chart. 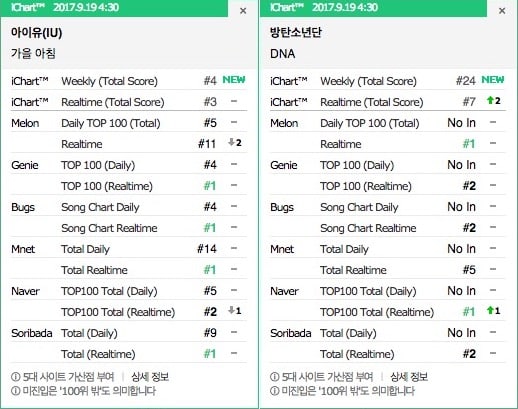 Congratulations to both artists!

IU
BTS
How does this article make you feel?