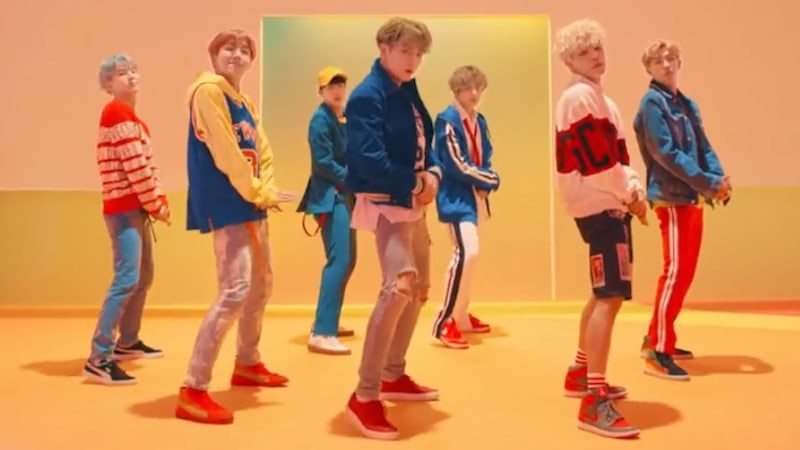 Less than a day after the release of “DNA,” BTS is already setting several new records!

At about 2:50 p.m. KST on September 19, the “DNA” music video passed 20 million views in less than 21 hours. This is the fastest K-pop group music video to reach 20 million views, breaking the previous record of 47 hours for BLACKPINK’s “As If It’s Your Last.” 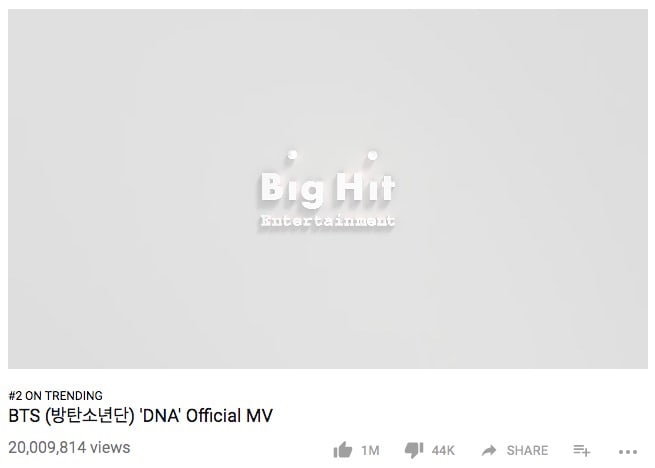 Earlier in the day, the music video for “DNA” set the record for fastest K-pop group music video to hit 10 million views. The song has also topped Korean real-time charts and a record number of iTunes album charts.