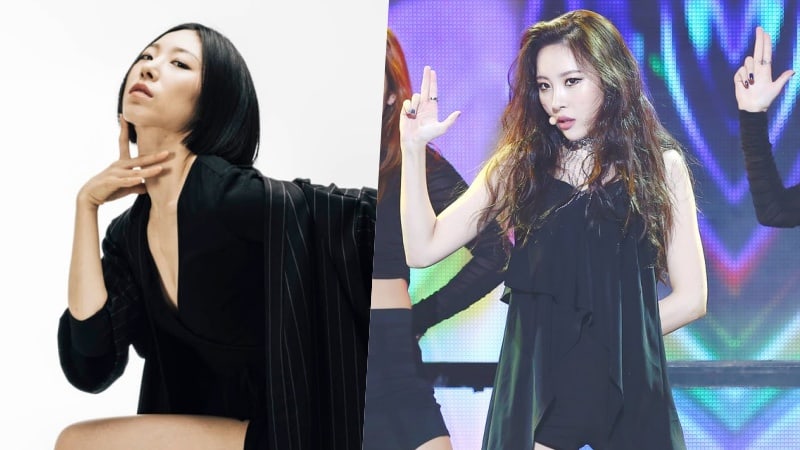 1Million Dance Studio’s Lia Kim, the choreographer behind Sunmi’s hit song “Gashina,” didn’t hold back on her praise for the singer and revealed that she knew from the start that the song would succeed.

During a recent interview, the choreographer was asked if she had expected the response for “Gashina” to be this explosive and she replied, “To be honest, yes. I think the response was this big for ’24 hours’ as well. I felt a sense of certainty as I was putting the finishing touches on the choreography for ‘Gashina.'”

Lia Kim then went on to praise Sunmi as she added, “Sunmi did much better than I thought she would. She went well above my expectations, and her facial expressions were especially great. She really brought out her unique charisma. I think more people took an interest in the choreography because she really owned it. She practiced a lot for the dance. She would come to our studio almost every day and practice throughout the night. Once, I even joked that [she was around so much that] she could be mistaken for one of our employees.”

She also revealed that when she first showed Sunmi the choreography, the singer loved it but was very worried about it. Lia Kim explained, “Sunmi was worried that it wasn’t very ‘Sunmi-like.’ Though she did change her image after becoming a solo artist, she had never done choreography that required so much power and so many facial expressions. But everyone, including the composer, loved the dance. Sunmi wanted to transform herself as a singer with ‘Gashina,’ but on one hand, she was concerned that it wouldn’t suit her. But in the end, she rocked it.”

Lia Kim also revealed that it took her around four to five days to create the choreography for “Gashina,” and one to two weeks to make changes. During this process, Sunmi is said to have contributed her own opinions to really make the dance her own.

Sunmi
1Million Dance Studio
Lia Kim
How does this article make you feel?