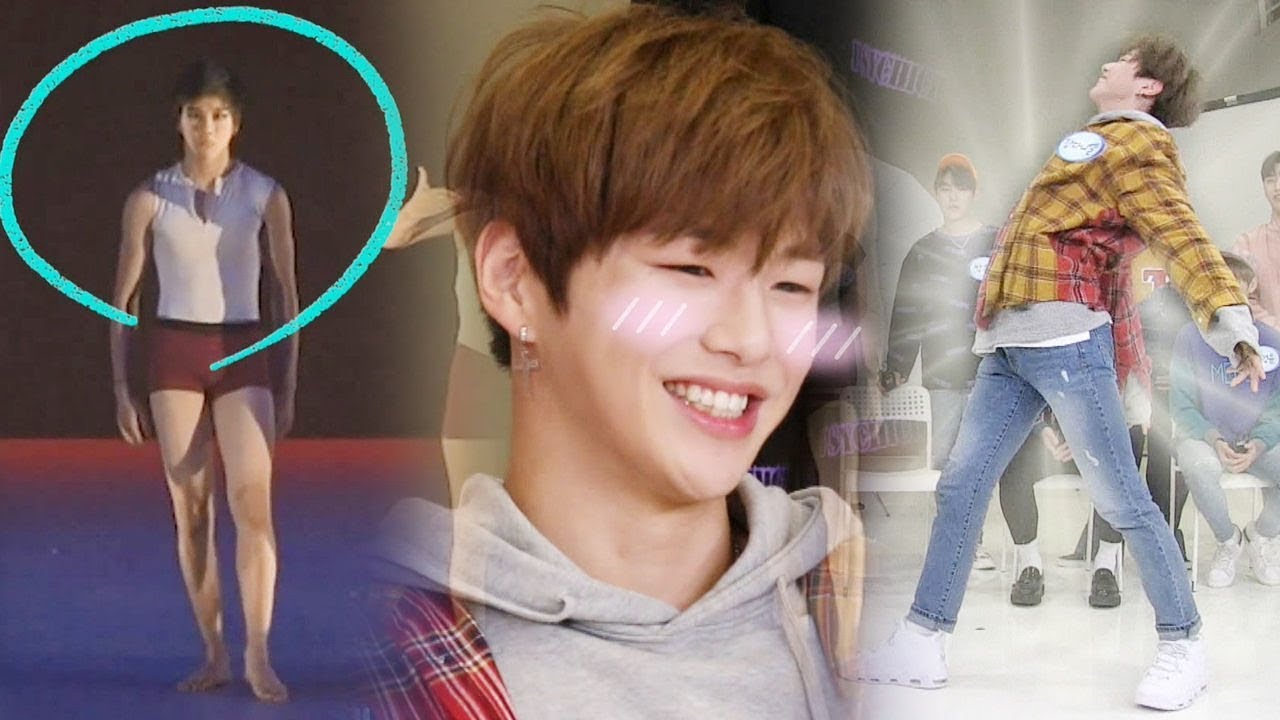 Wanna One showed off some of their skills on the latest episode of “Night of Real Entertainment”!

During an interview on the September 19 episode of the SBS entertainment show, Kang Daniel explained the reason that he recently quit eating gummies, his favorite candy. “I went to the dentist a few days ago, and I had cavities,” he explained. “I was shocked.” 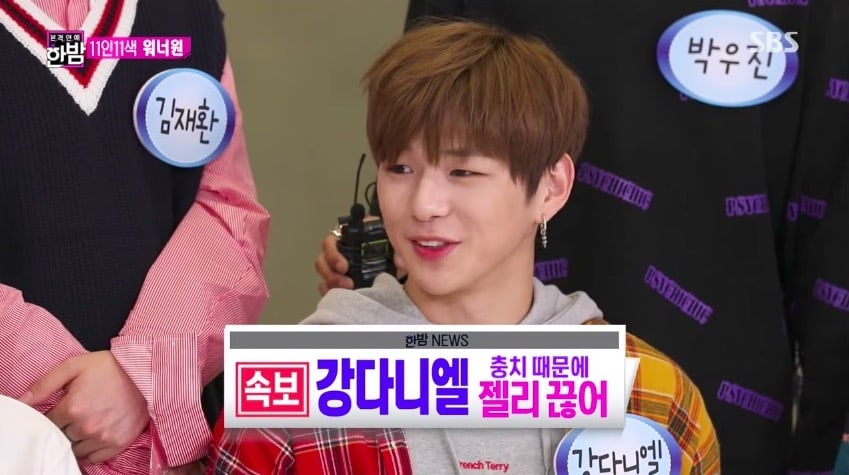 The interviewer mentioned that she was surprised to find out that Kang Daniel also did modern dance, since she had only been familiar with his breakdancing. “I did it for a little while,” said Kang Daniel with a laugh. “For about a year in high school.”

The show then shared a video of Kang Daniel at a modern dance competition during high school, and Kang Daniel also gave a short performance when asked to show his current dancing skills, which impressed his group mates.

During the show, the interviewer mentioned Park Ji Hoon’s famous catchphrase “Save you in my heart!” and its accompanying cute gesture, which has become a huge hit in Korea. Even government officials were captured doing it during a photo op!

When asked about this, Park Ji Hoon laughed and said he’s been really shocked by it and that it is an honor. “I wonder if it’s time for something else,” he said, making the others laugh. Park Ji Hoon also showed off his cuteness to Sunmi’s “Gashina.” 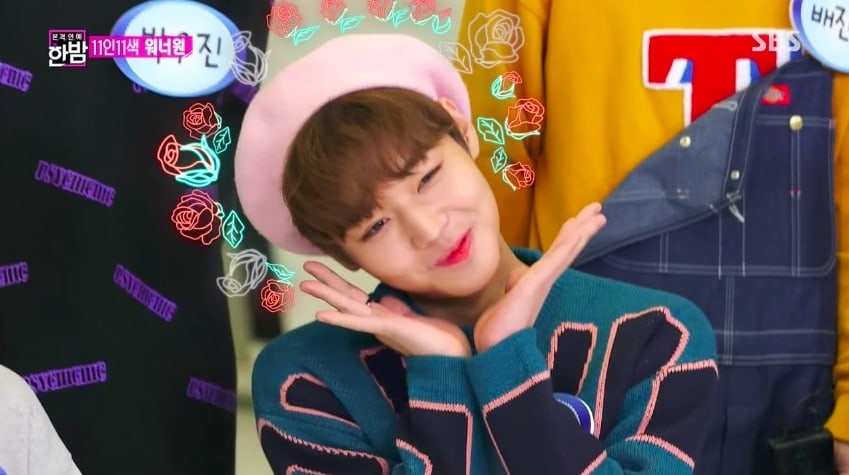 In addition, Ong Sung Woo showed just how good he is at imitating the sound of a haegeum (Korean traditional instrument)!

Watch the clip below, with Kang Daniel’s modern dance clip beginning at 0:47.