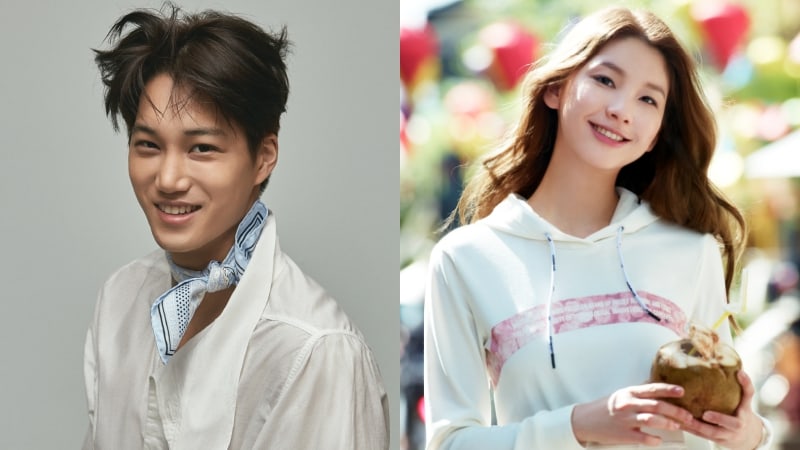 EXO member Kai and Kim Jin Kyung talked about their upcoming KBS1 drama “Andante” at a press conference held on September 19. The two actors will play the roles of two high schoolers who fall in love.

When asked about their chemistry, Kim Jin Kyung and Kai spoke about their support for one another during filming. Kim Jin Kyung said, “[At first] his image as EXO’s Kai was big, but [later] I saw more human aspects of him. When I was nervous, Kai would make jokes and help me to not be so tense. When I wasn’t doing something well, he gave me encouragement and made me feel better. I was very thankful.”

Kai said, “We were a really good match. At first, we were both really nervous. It was difficult because the weather was cold during filming, but it made us closer. The atmosphere during filming was really good, so we were able to film in a good mood.”

“Andante” will air its first episode on September 24.