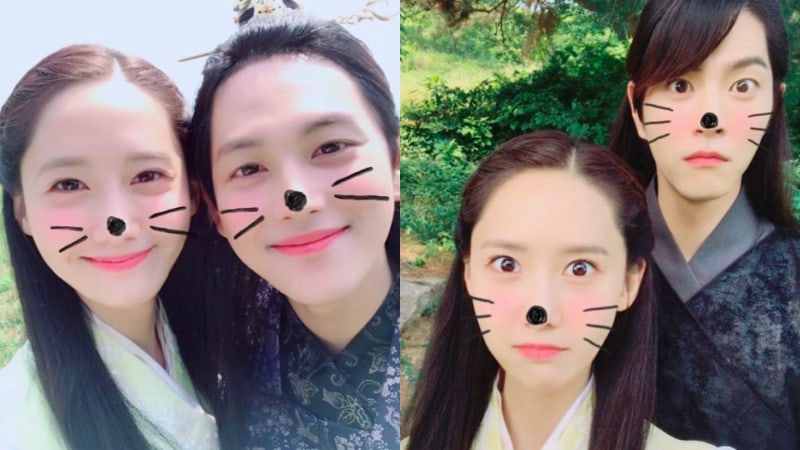 On September 19, “The King Loves” came to an end with the airing of its final episode. Girls’ Generation member and lead actress of the drama YoonA took to her Instagram to thank viewers and share photos from filming the drama.

First, YoonA posted six photos and a video clip, including the hashtags “The King Loves” and “Final episode.” In the clip, the three co-stars YoonA, Hong Jong Hyun, and Im Siwan show their fun friendship by taking turns relay singing a song and cracking up.

YoonA then posted four more photos with the caption, “Thank you to those who loved ‘The King Loves.'” She wrote in the hashtags, “Goodbye Won San Lin,” “Good job, San,” and “Actors and staff, you’ve worked hard.”

Following filming “The King Loves,” the cast continued their friendship off-camera, and recently went to visit Im Siwan in the military.

Girls' Generation
YoonA
The King Loves
How does this article make you feel?