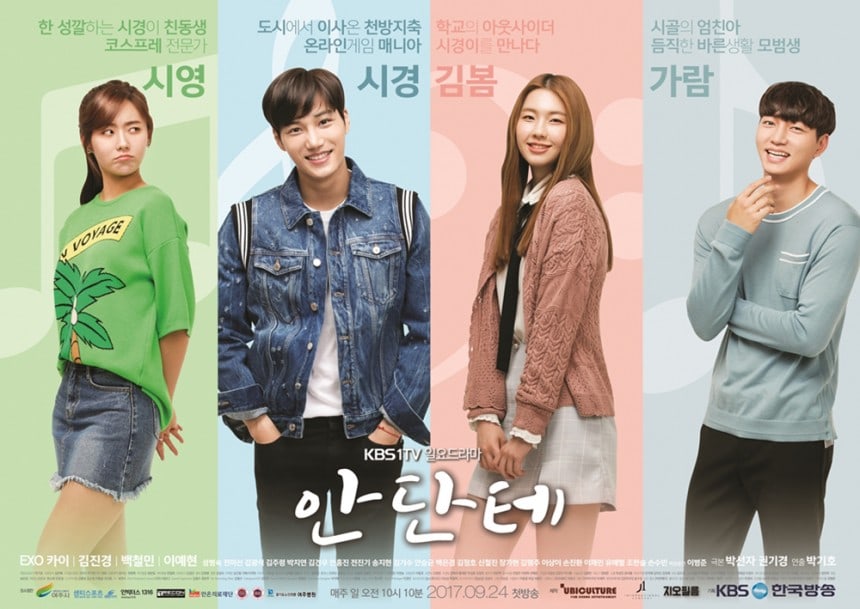 On September 19, the cast of KBS’s upcoming drama “Andante” held a V Live session, in which EXO’s Kai and Baek Chul Min showed off their bromance and the cast decided on a ratings promise.

The cast seemed to be close, especially EXO’s Kai and Baek Chul Min. The two were chosen as the brightest on set, because of their playfulness.

Kai also chose Baek Chul Min as the person who was the most different from their first impression. The EXO member explained, “When I first met him at the script reading, he seemed very serious but when we went into filming, he joked around more than anyone. I would have been sad if he weren’t around.” Baek Chul Min responded to this by saying, “There aren’t a lot of male actors on set and so I think we became closer faster.”

See Also: EXO’s Kai And Kim Jin Kyung Talk About Their Chemistry And Friendship During Filming 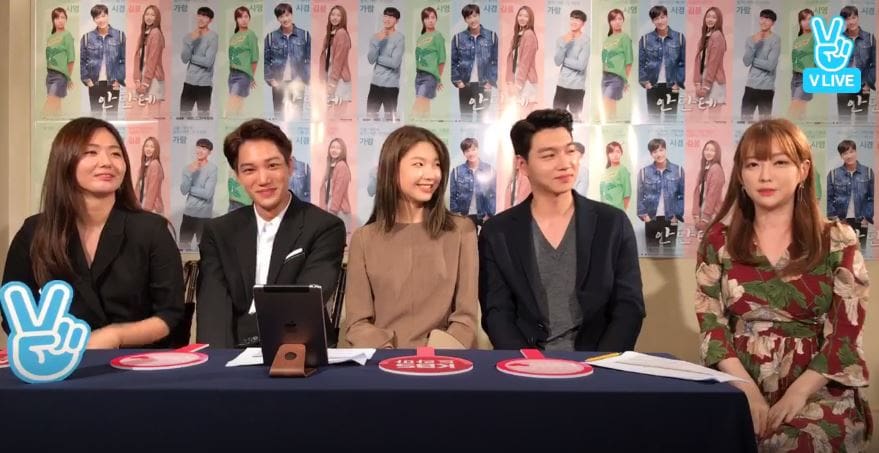 For their ratings promise, many ideas were thrown around. For example, Kim Jin Kyung promised that if the drama reached 10%, she would go skydiving. EXO’s Kai joked, “I’ll wear [my character] Si Kyung’s uniform and dance in the streets of Myeongdong… but only if we reach 60%.” In the end, the four cast members decided that if the drama reaches 10%, they would wear their outfits from the drama posters and have a free hug event at Myeongdong.