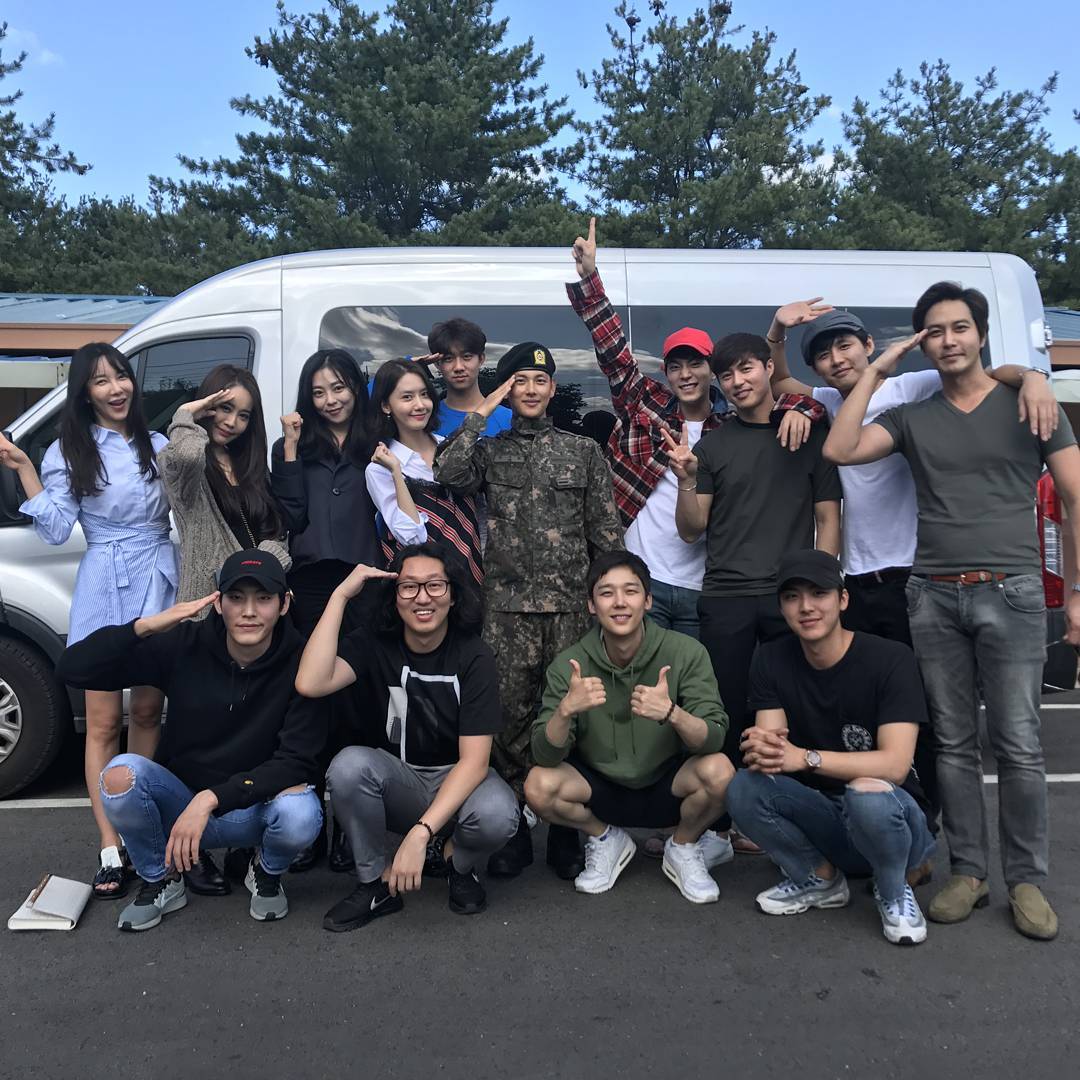 During a recent interview held on September 19, Girls’ Generation’s YoonA opened up about “The King Loves” cast’s visit to see Im Siwan.

A couple days ago, 13 of the drama’s cast members traveled to where Im Siwan has been carrying out his military service after he enlisted on July 11 and completed basic training.

“Im Siwan appeared to be as cool and energetic as ever,” YoonA commented. “He said that he was unable to watch any of ‘The King Loves’ because of training and such. I told him to not worry because there were many people who liked [his character] Wang Won.” She playfully added, “I don’t know if it’ll give him strength, but I also gave him a signed Girls’ Generation CD.”

The idol also revealed that their visit was planned all by themselves, without the help of managers or producers. YoonA explained, “We have a group chat on a messaging app. We all voted on a date together, pitched in to reserve a bus, and prepared food. It was the first time I’ve experienced something like this. It felt like I was going on an university field trip.”

“The King Loves” aired its final episode on September 19. Watch the drama at Rakuten Viki!