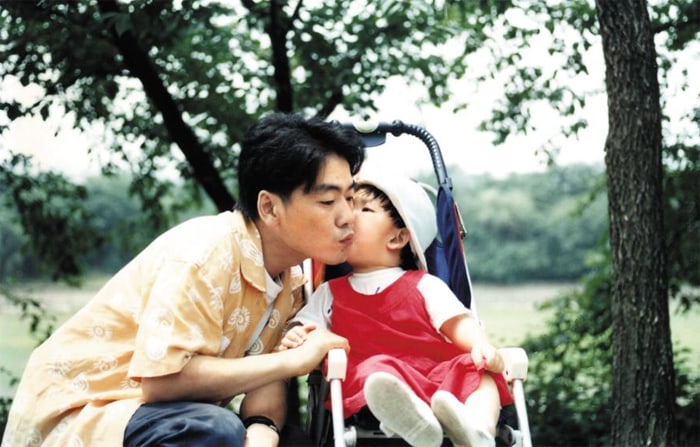 It has belatedly been revealed that singer Kim Kwang Seok’s only daughter and heir to his vast fortune, Kim Seo Yeon, passed away 10 years ago.

Kim Kwang Seok was a popular folk rock singer who was broadly loved by young generations in the 1990s. He had many hit songs such as “On the Street,” “Love Has Gone,” “A Letter From a Private,” and “Song of My Life.” He was reported to have died by suicide on January 6, 1996.

On September 20, reports stated that Kim Seo Yeon disappeared 10 years ago and some family members officially reported her disappearance on September 19.

A police source and anonymous source said, “It appears as though Seo Yeon passed away in 2007 at the age of 17 and she was experiencing conflict with her mother around that time.”

Kim Seo Yeon’s mother, Seo Hae Soon, reportedly lied about her daughter’s whereabouts and claimed her daughter was living in the United States all these years. She reported her daughter as having a developmental disability through court and therefore incompetent to control her fortune. Thus, Seo Hae Soon is managing most of the fortune Kim Kwang Seok left behind after his death in 1996. The fortune is estimated to be worth around 10 billion won (approximately $8.8 million)

A documentary about the singer titled eponymously “Kim Kwang Seok” (also known by its English title “Suicide Made”) was released on August 30. Featured as a prime suspect involved in the death of Kim Kwang Seok, Seo Hae Soon has rejected interview requests and has been avoiding the public eye.

Kim Kwang Seok’s family has spoken up about Kim Kwang Seok having had no reason to end his own life. His brother Kim Kwang Bok talked about his death in a recent interview and said, “Our family, more anyone else, believes that Kwang Seok did not kill himself. Suspicions have not been investigated, so I hope that the truth can be revealed properly.”

At the time of Kim Kwang Seok’s death, the police questioned his wife, Seo Hae Soon, who said, “My husband was worried because of a woman and killed himself. He had been taking anti-depressants.” The police had thus ruled his death as a suicide. However, reporter Lee Sang Ho refuted that the death was a suicide and cited various factors as potential evidence that his death was actually a homicide.

It appears as though a criminal investigation of Seo Hae Soon’s involvement in the deaths of Kim Kwang Seok and Kim Seo Yeon is likely to begin soon.