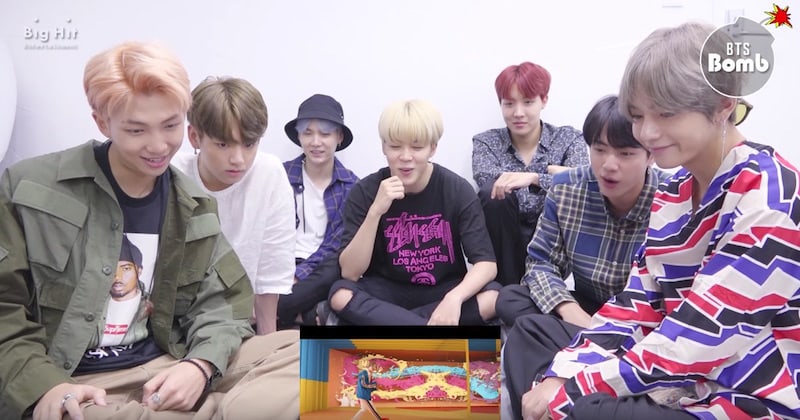 Watch: BTS Can’t Help But Stan One Another In Reaction To “DNA” MV

Following BTS’s release of their latest title track MV for “DNA,” the group has continued to break multiple records such as having their music video be the fastest K-pop group MV to reach 30 million views.

The group released a video of the members watching their new music video upon its release on September 18 at 6 p.m. KST. The members talk about watching it for the first time, marvel at the special effects, and compliment each other’s handsome looks and skills.

Thanks to Hongz for the tip!