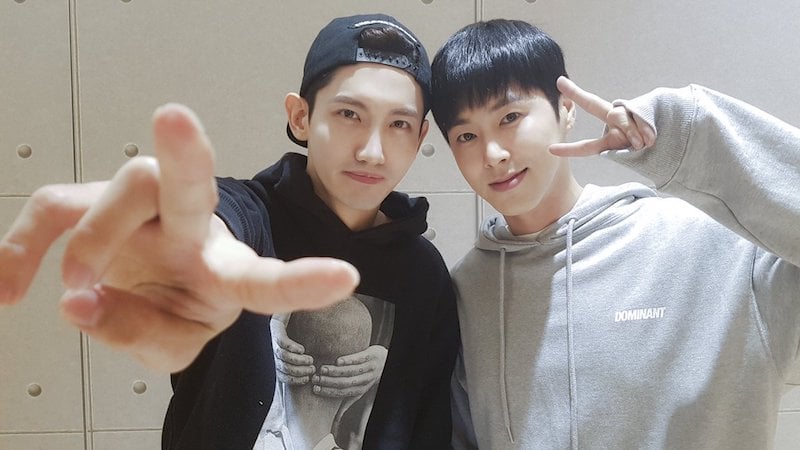 TVXQ’s Yunho and Changmin held their first ever Naver V Live broadcast on September 20 and they connected with their fans as they shared stories and answered questions.

During their broadcast, they were asked the question of how they have each other saved on their phones. Yunho replied, “Our Changmin” while Changmin said, “Yunho hyung.” The older member seemed to be a little disappointed by his fellow member’s plain answer, to which Changmin wittily explained, “I know that once I start messing around with Yunho’s name on my phone, I would probably go too far and might accidentally hurt his feelings, so I kept it safe with ‘Yunho hyung.’ I’m the kind of person who tries to be more mindful when it comes to joking around with family.”

The duo was also asked if there was anything that happened recently that they were grateful to have each other. Changmin revealed that Yunho had visited him on the set of his upcoming music video and added, “I told him not to come, but he said he would anyway.” He jokingly added, “We were almost done filming but he said he was going to buy all of us coffee, so he told us not to move an inch. 30 or so people ended up waiting an hour for coffee at night.” 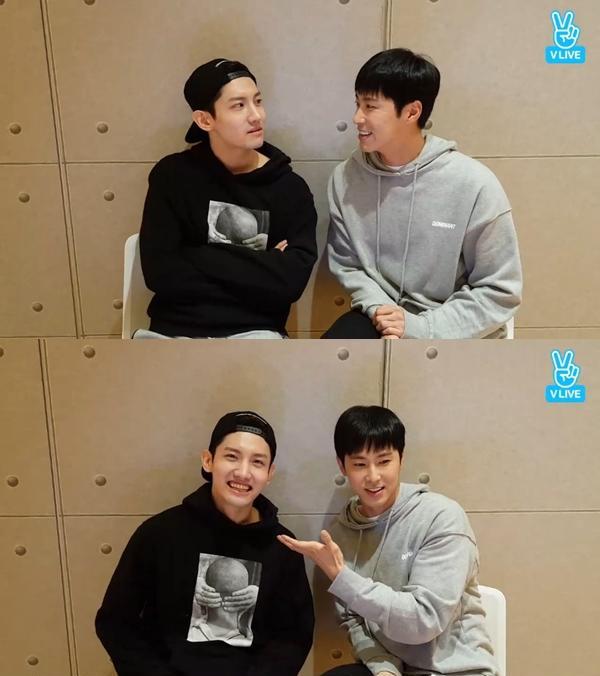 When speaking about a moment he felt grateful to have Changmin by his side, Yunho confessed, “There was a time recently when my self-esteem was quite low. It was around that time when Changmin messaged me out of the blue and told me that I had nothing to fear, that I’m a really great person, and that I should just focus on showing all the people who are waiting for me how great I really am.” Changmin added, “There’s no reason for him to have low self esteem. Because he’s U-Know Yunho. It’s as simple as that.”

The V Live broadcast was a great opportunity for the duo to showcase great chemistry. The members had fans laughing at every moment as Changmin didn’t hold back on his infamous snark and brutal honesty, while Yunho confidently held his own and said everything he needed to say.