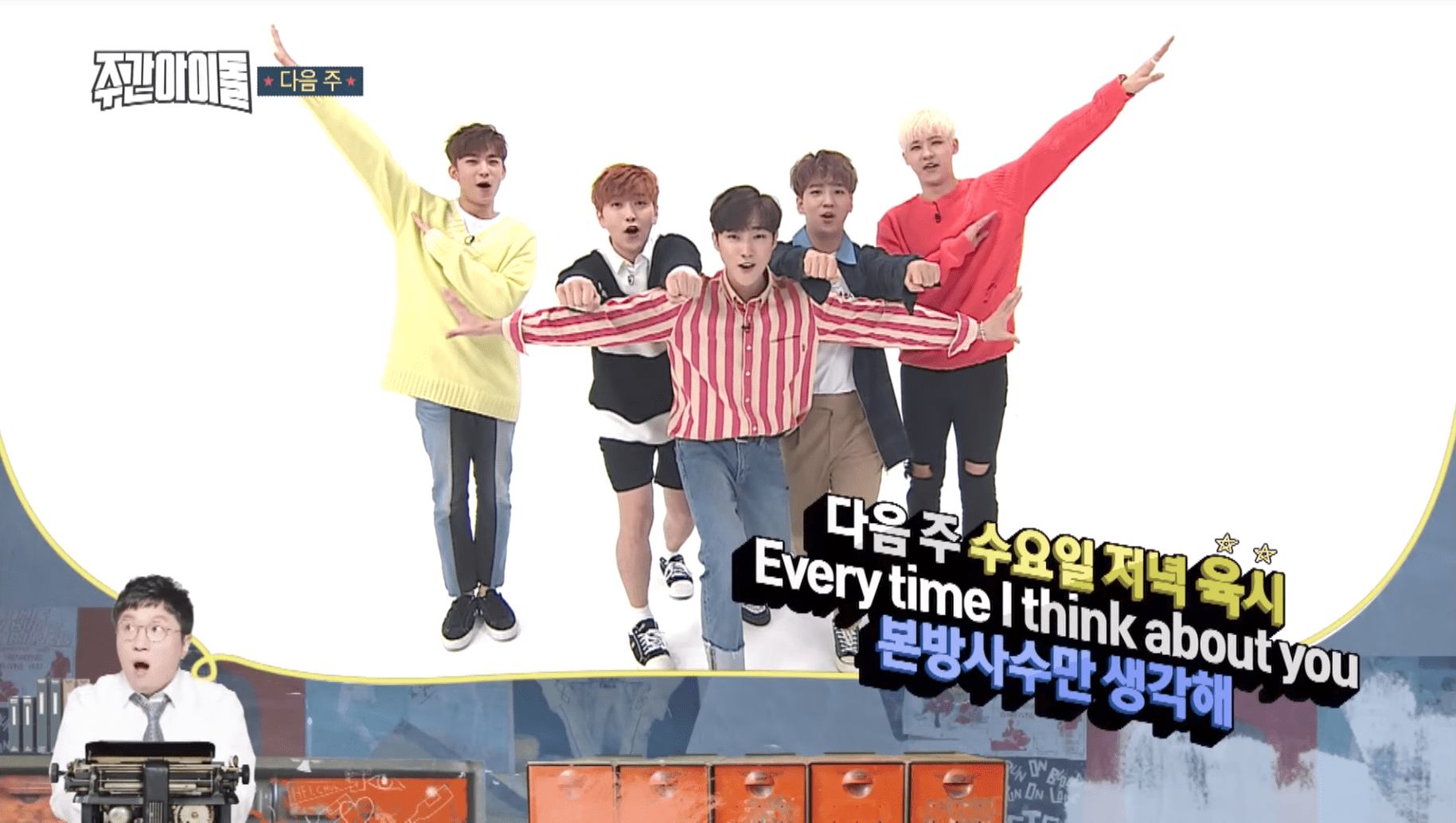 Watch: B1A4 Gets Pushed To Their Limits In “Weekly Idol” Preview

On September 20, “Weekly Idol” released the preview for B1A4’s upcoming appearance on the show.

In the preview, the MCs tease B1A4 for not having appeared on the show in a long time, pretending not to remember the members’ names and poking fun at their hair colors. However, B1A4 fires back at the MCs, saying that it was the show that had not invited them and joking that the MCs were getting too full of themselves.

The boys then throw themselves into tasks like peeling vegetables and fruit, getting so absorbed that they forget to talk or look up into the camera. They also attempt to dance their hit song “What’s Happening?” at twice the speed, a serious challenge since the song is already quite fast.

B1A4
Weekly Idol
How does this article make you feel?