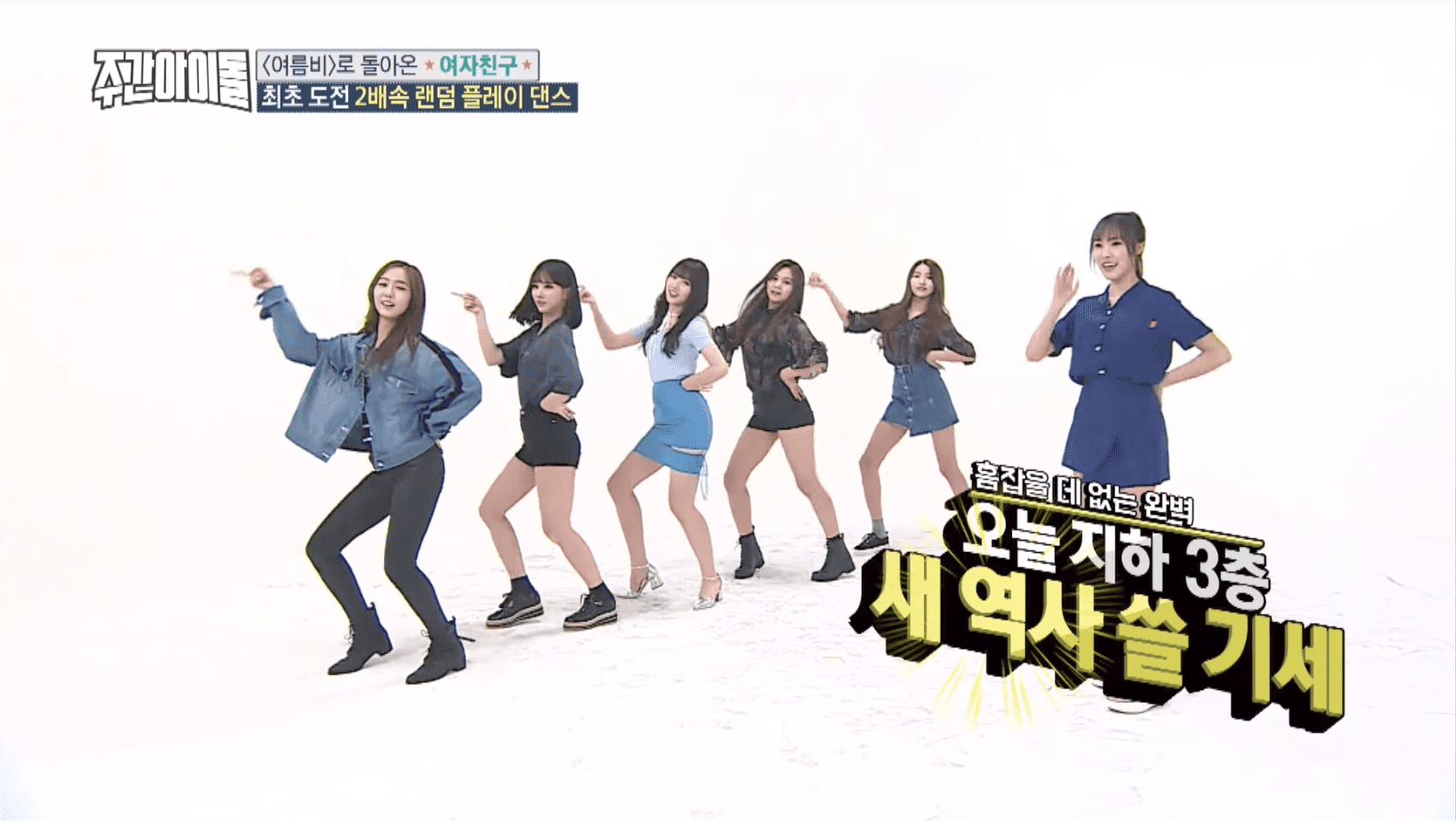 Watch: GFRIEND Is The First Group Ever To Attempt Random Play Dance At 2X Speed On “Weekly Idol”

On the September 20 episode of “Weekly Idol,” GFRIEND took on their biggest challenge yet with the newly minted segment “2x Random Play Dance.”

The girl group is known on “Weekly Idol” for being masters of both dancing twice the speed and Random Play Dance. The MCs told them that they would be the first to attempt to combine the segments and that “it was a segment only GFRIEND could do.” Nonetheless, Jung Hyung Don was so confident that they couldn’t do it perfectly in one try that he offered to buy them an entire-body massage chair with his own money if they succeeded.

However, GFRIEND proved that they’re made of seriously tough stuff, as they blitzed through “Summer Rain,” “Glass Bead,” “Love Whisper,” “Rough,” and “Me Gustas Tu” flawlessly. It never took the girls more than a line or two to get into position and they remembered the choreography for each song, no matter how long ago or complicated the dance.

In the end, SinB faltered slightly when it came to “Fingertip,” which prompted Jung Hyung Don to get down on his knees and thank her for saving his wallet. 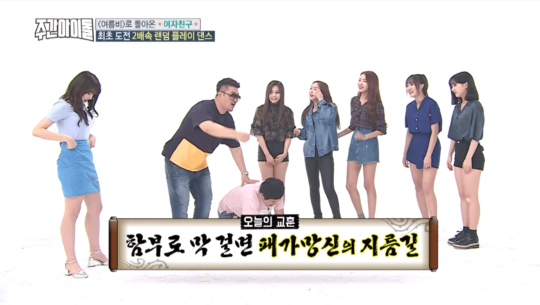 Watch the amazing performance below!