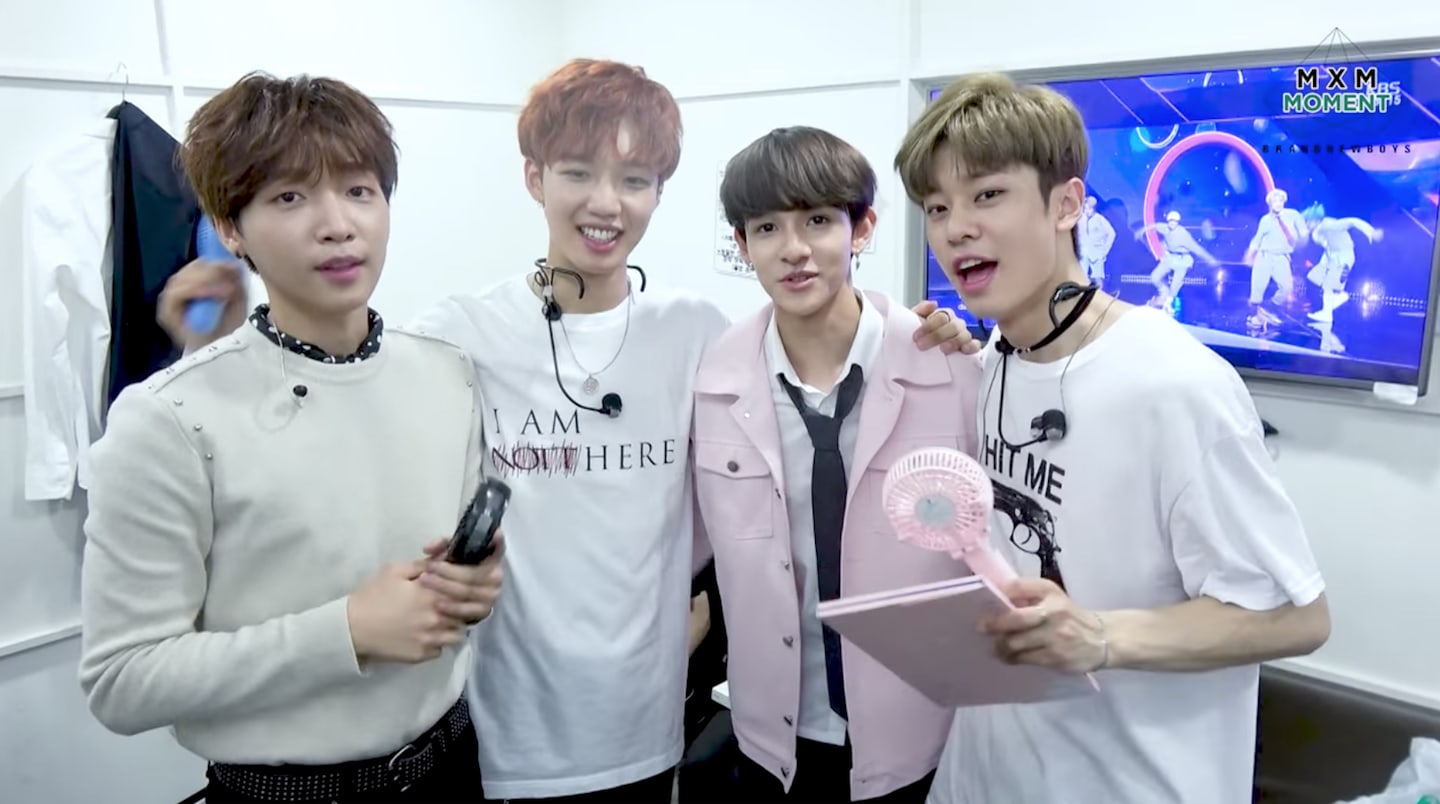 Brand New Music released a video of the members of MXM, Jeong Sewoon, and Samuel reuniting backstage at “M!Countdown” and “Music Bank.”

In the video, the newly debuted singers were busy looking through Jeong Sewoon’s album, his handwritten letter on the album, and catching up. They also commented on how handsome Jeong Sewoon looks in the photos. 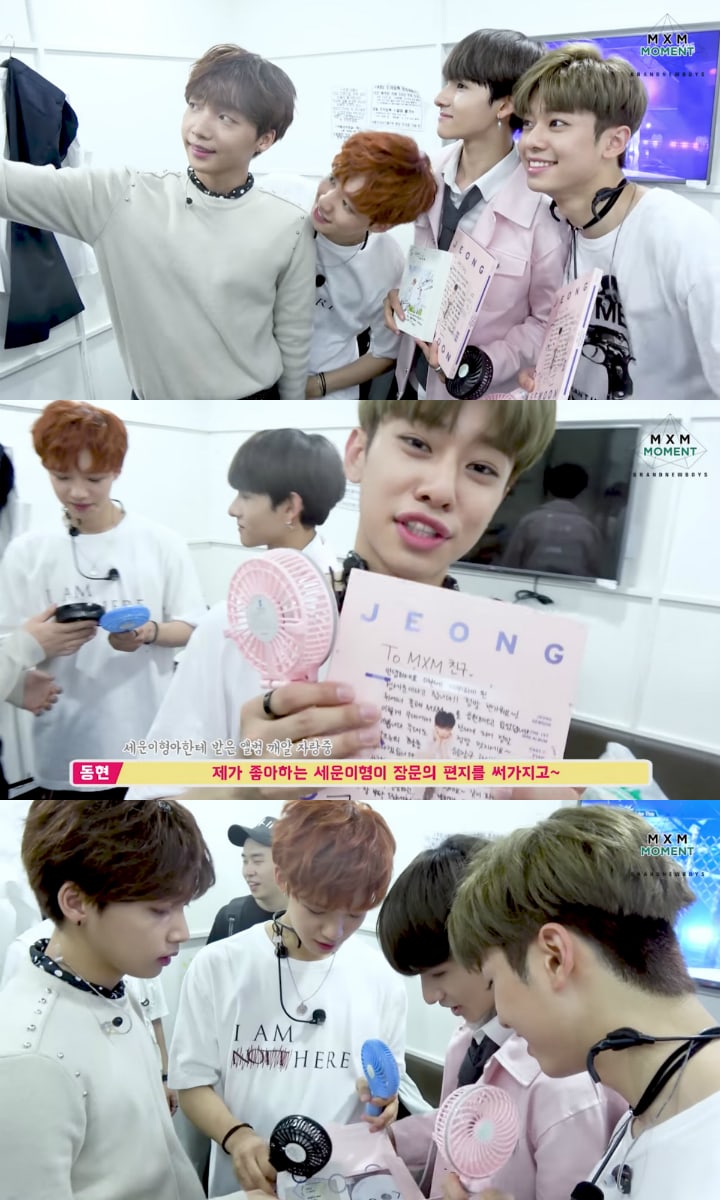 Samuel said this was his final music show promotion, so he asked for fans to support MXM and Jeong Sewoon, and said he hoped to see them again on stage.

Watch the video of the former “Produce 101 Season 2” contestants-turned-singers reunite below!

MXM
Jeong Sewoon
Samuel
How does this article make you feel?