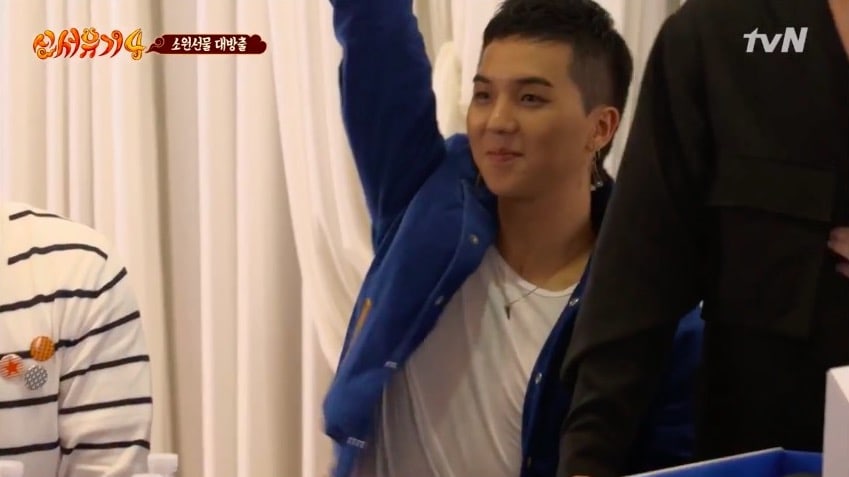 “New Journey To The West 4,” which was full of laughter, recently came to a successful close at 5 percent viewership ratings. After its conclusion, Producer Shin Hyo Jung sat down for an interview and answered a few questions about the show.

One of the season’s highlights was the “Song finger incident,” where the production crew designed an especially difficult game in which WINNER’s Song Mino had to spin around 15 times and then poke his finger onto the game board. Hilariously, Song Mino was able to land his finger on the tiniest of spaces on the game board, in which the production crew had written “Porsche” as a joke.

Through the show, Song Mino was able to develop a stronger variety presence. When asked about the WINNER member, producer Shin Hyo Jung replied, “We didn’t know Song Mino had that sort of ability. We found real talent this time. We just decided that he would be the one to spin since he was the youngest, and he spun and landed on the spot. Mino followed the mood of the older members and matched them in their noisiness and chaos; it was a lot of fun. He knows how to up the stakes.”

She also mentioned, “When you think about Song Mino’s rapper image, it doesn’t really connect with his image on ‘New Journey to the West.’ He has a lot of charm and energy. He also has a lot of talent, and music just happens to be the talent that he enjoys more. When he does impressions, he works really hard. Maybe that’s why he’s even gotten acting offers.

“Because he works very hard we don’t know what sort of other talents we might discover. We can’t even imagine how much fun he can be. He’s the type of person who would receive love no matter where he goes. It’s not simply about whether he has talent. Among the generation of young moms, he is getting lots of love for having a cute son-like image.”