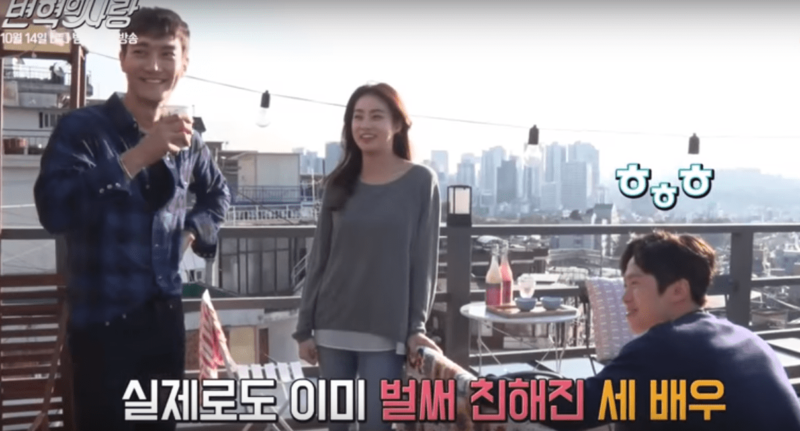 In the video, there are a couple scenes where Choi Siwon becomes soaked. First, he struggles to lift up a bottle of water. As water splashes all over him, he gives a sheepish smile and tries to laugh it off, saying, “What’s wrong with this today?” Later on, a staff member repeatedly throws water at him. Nevertheless, Siwon smiles at the camera as he passes by.

In another part of the making video, the three actors are laughing and joking around with each other. When the director calls for filming to start, they get into professional acting mode right away. When they’re done with the scene, Kang Sora tells her co-stars, “Good job,” and Gong Myung hugs both Kang Sora and Choi Siwon. Throughout the entire filming, they don’t forget to smile at the making video camera.

Meanwhile, the first episode of “Revolutionary Love” will air on October 14 at 9 p.m. KST.