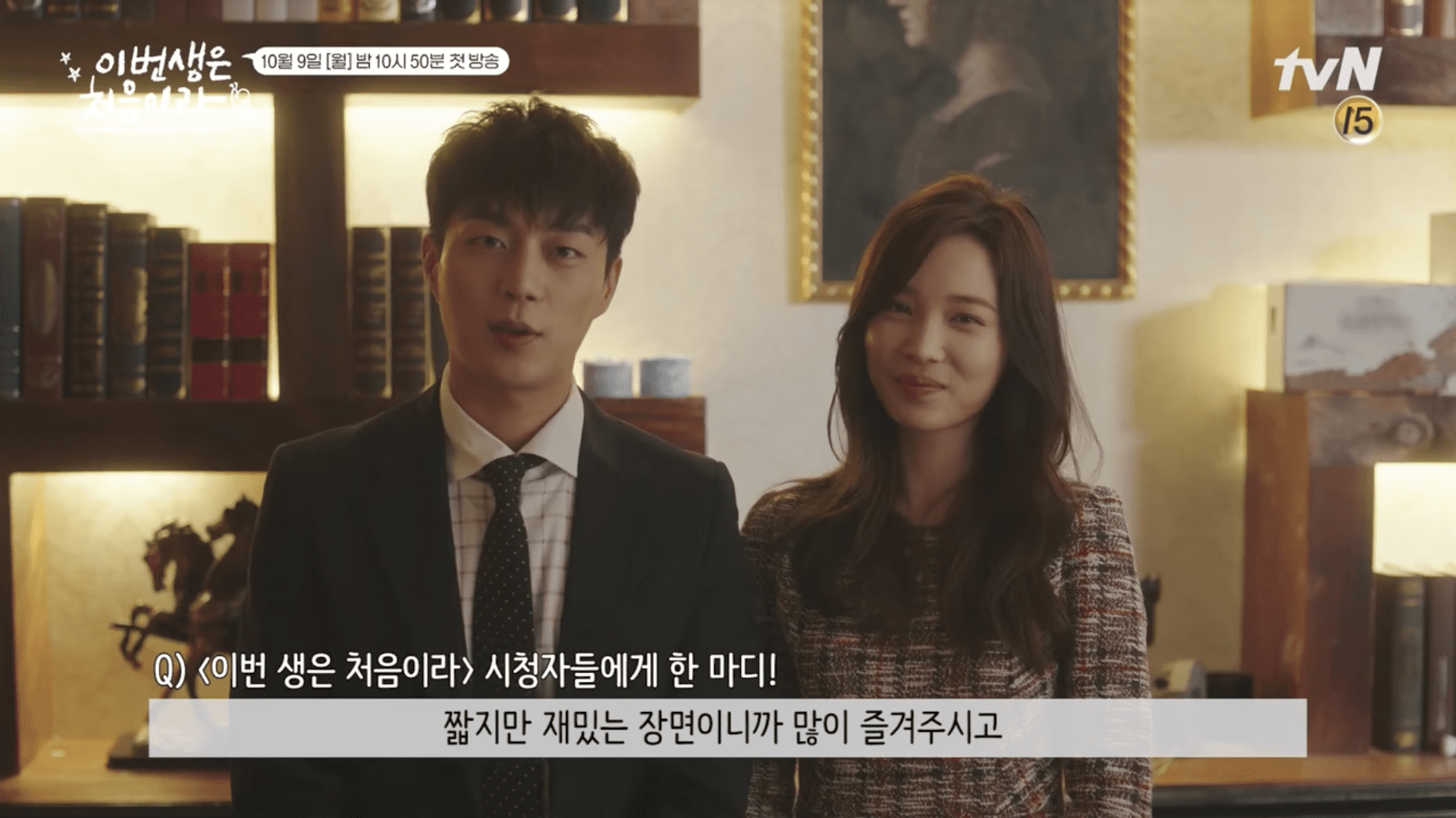 Watch: Highlight’s Yoon Doo Joon And Yoon So Hee Are Cute Behind-The-Scenes Of Their Cameo On “Because This Is My First Life”

On September 20, tvN released a behind-the-scenes look at Highlight’s Yoon Doo Joon and Yoon So Hee’s cameo on the upcoming drama “Because This Is My First Life.”

The two actors will be making a surprise appearance in the drama out of loyalty to the producing director (PD), who had previously directed them in “Let’s Eat.”

In the making film, Yoon Doo Joon snaps a photo with the lead actress of the drama, Jung So Min, and has a good time reconnecting with his former co-star, Yoon So Hee. The two actors had to fight the giggles as what appeared to be a dramatic scene turns into a comedy.

In the interview, Yoon Doo Joon said that he’d also made a cameo in “Bring It On, Ghost” because of the PD and that he would do it again if he called. Yoon So Hee said that it felt good meeting up with Yoon Doo Joon and the director again and both actors agreed that cameos were fun to do because they put less pressure on them as actors.

Meanwhile, “Because This is My First Life” tells the story of a homeless girl named Yoon Ji Ho who ends up living with a homeowner named Nam Sae Hee. The first episode is set to air following “Argon” on October 9 at 10:50 p.m. KST.

Yoon So Hee
Yoon Doo Joon
Highlight
Because This Is My First Life
How does this article make you feel?